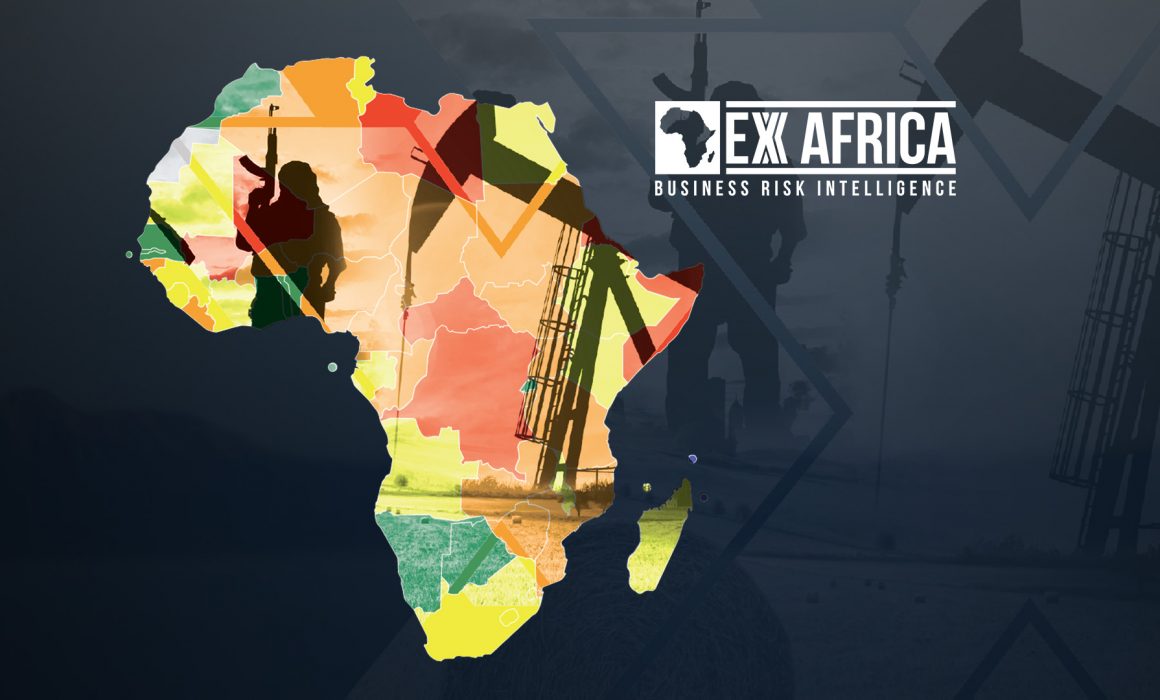 As Africa moves into 2020, great excitement will remain over the continent’s emerging opportunities for investment and trade. For example, Mozambique will attract over USD 100 billion in fresh capital over the next few years to develop its massive natural gas resources. Following recent African investment summits in Russia and Japan, both the UK and France will hold high profile events early next year to expand their commercial relations across Africa’s 54 countries. For the UK, this grand Africa-Britain summit will provide an opportunity to reset relations with African countries, of which only a handful have so far managed to roll over their existing trade deals with the EU to the UK.

However, there also remain significant barriers to entry and political risks facing many investors including slowing economic growth, rising debt, and fierce competition among investors seeking to benefit from privatisations and infrastructure deals. EXX Africa foresees three key trends for the year ahead that will determine many investors’ success on the continent.

At their October meetings, the International Monetary Fund (IMF) and World Bank stressed that slowing economic growth was the most serious challenge for African countries. The Fund has cut its growth forecast for Africa from 3.2 percent in 2019, down from 3.5 percent in April. Small diversified markets like Rwanda are performing well, but many large resource-dependent countries are struggling in the current economic climate. As a result, the IMF warns that some sovereigns will struggle to service their debts. Kenya already spends a third of government revenue to service its loans, while Nigerian debt servicing is eating up two thirds of revenues. Both countries are set to borrow even more in coming years.

While public debt as a percentage of GDP has stabilised around 55 percent, slow growth and falling government revenues are the new challenge facing many African governments. The IMF is preparing to intervene in the worst performing regions. In Central Africa, all six CFA currency users will soon be committed to an IMF programme. In southern Africa, the Fund is due to begin negotiating credit facilities with long side-lined distressed economies like Zambia and Mozambique. Following the end of successful programmes in Egypt and Ghana, the IMF is seemingly back in fashion on the continent.

While programmes for some of Africa’s fastest growers are expiring, other sizable economies are seeking the Fund’s endorsement of their liberalisation agendas, most notably in Angola and Ethiopia. In December, the IMF announced a USD 2.9 billion credit facility to support the Ethiopian government’s radical economic reform programme. The World Bank has also approved a USD 1.2 billion credit with a further USD 1 billion to be announced, marking the largest ever credit facilities committed to Ethiopia. These will go far in supporting the Ethiopian government’s economic restructuring and flagship privatisation efforts. Yet, even Ethiopia will struggle to attain its double-digit economic growth targets.

Other governments are trying to tackle slowing growth in different ways. Kenya’s president has finally managed to lift an interest rate cap that has shrunk private sector lending. Nigeria and other West African states will hold off on further Eurobond issuance, while South Africa will try to spend its way out of trouble. The country’s finance minister Tito Mboweni has announced that the government’s debt will rise from 60.8 percent this year to over 71 percent in the coming three years in order to bail out the country’s cash-strapped state-owned enterprises. The bailouts are crucial to keep struggling state companies such as power utility Eskom solvent, while other debt-burdened firms such as South African Airways are flirting with collapse.

Africa’s debt binge is far from over, but the trend is shifting from expensive and unsustainable Eurobonds to more local currency borrowing and concessional lending. Whether this strategy works will determine the political and economic outlook for the continent. 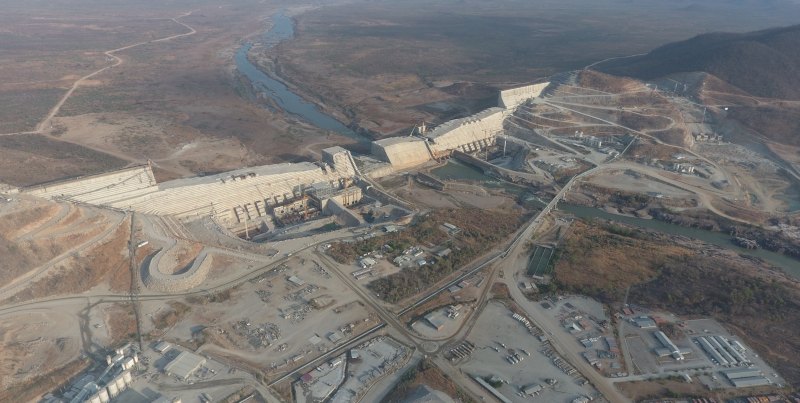 Yet, taking a closer look at recent funding commitments, a different pattern becomes apparent. China has refused to commit to finance and build new railway lines in Kenya and Uganda over repayment concerns. The initial section of Kenya’s Chinese-funded standard gauge railway has proven commercially unviable and Chinese credit insurers may be forced to bail out the project, just like they did for the Djibouti to Addis Ababa railway last year. Delays to Ugandan oil production and political instability have similarly set off alarm bells in China. Some of the largest Belt and Road Initiative projects pledged by China at high profile summits have gone unfunded indicating that Africa’s largest single investment partner is becoming more cautious about repayment and its reputation on the continent.

In fact, most of Africa’s infrastructure construction is being financed by African governments themselves – well over a third of projects are funded by countries’ own sovereigns, mostly through increased debt issuance over the past decade over which the IMF has sounded multiple warnings. Some African governments are also rejecting Chinese-funded projects, most notably Tanzania’s new seaport, Kenya’s proposed coal power plants, and Sierra Leone’s new airport, over an array of concerns such as operating conditions and transparency. Governments are instead increasingly turning to the private sector and concessional financing to continue the infrastructure build-up. Together these forms of finance already account for a quarter of spending on African infrastructure – the same share as China’s. 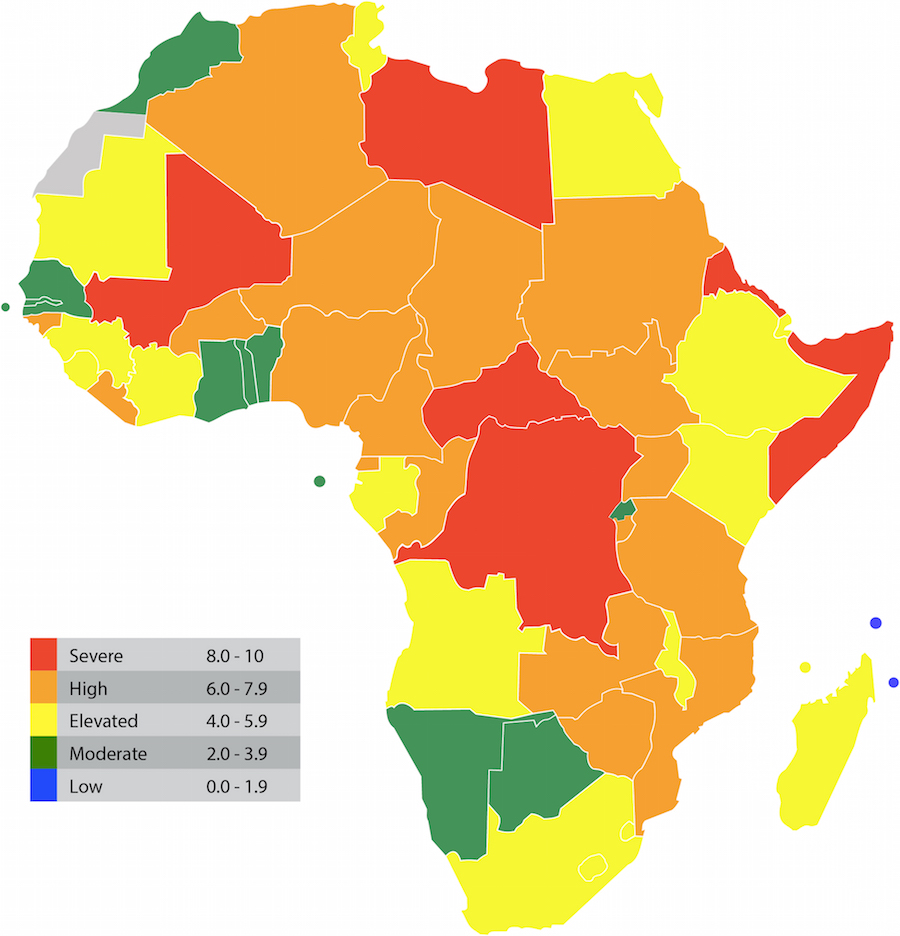 Privatisation is Africa’s new buzzword. Cash-strapped governments around the continent are putting their long-cherished assets on the auction block to raise new funds, while others are preparing ambitious public offerings through their own exchanges. The IMF has long encouraged privatisations in Africa as part of its structural adjustment regime. More recently, Chinese investors are seeking African state assets as collateral for distressed loans (think Zambia).

Raising cash through asset selloffs remains a viable strategy to pay off loans, drive economic diversification, and boost economic growth through foreign investment. Angola is selling off stakes in 195 state enterprises including non-core assets in its massive state oil company, the national air carrier, and the state diamond miner. Ethiopia will push ahead with the privatisation of Ethio Telecom and issue two new mobile licenses next year. Egypt hopes to raise USD 4.5 billion by 2022 through offering stakes in 23 state companies.

However, privatisations are delicate processes, vulnerable to volatile market forces and political risks. Recent unrest in Cairo caused Egypt’s stock exchange to temporarily lose all its 2019 gains in just a few days, which it then regained the following week. Many investors remain concerned by the opacity of public tenders in Angola and political favouritism in asset selloffs. In countries where governments frequently change hands between political parties, there is also a risk that privatisations may be reversed or reviewed.

Ghana’s government recently created a new authority that is cancelling privatisations made by the previous administration and raising funds for its own upcoming election campaign. This is nothing new for Ghana. But the rise of anti-establishment politicians in Tunisia and other countries may see similar reversals after elections across the Maghreb. Some countries are eschewing private sector engagement after years of privatisations. Tanzania’s massive industrialisation drive is primarily state-driven, yet heavily dependent on donors who remain cautious about the country’s poor human rights record.

Disparate economic growth, shifting infrastructure financing trends, and the prospect of fresh privatisations are key indicators for Africa’s investment outlook in 2020. Multilateral financial institutions will take a leading role in supporting many African governments to deal with slowing growth and state asset selloffs. The US and UK, along with many European countries, will take fresh interest in African investments, while China scales down some of its most high-profile involvements on the continent.

Enhanced certainty over Brexit, softening trade tensions, and a less volatile commodity outlook would further enhance Africa’s investment outlook in 2020. However, key challenges remain prevalent, including risk of debt distress in some countries, disastrous drought across southern Africa, and militancy and insurgency across the Sahel region. EXX Africa commits to reporting on these investment trends and risk indicators in the new year.