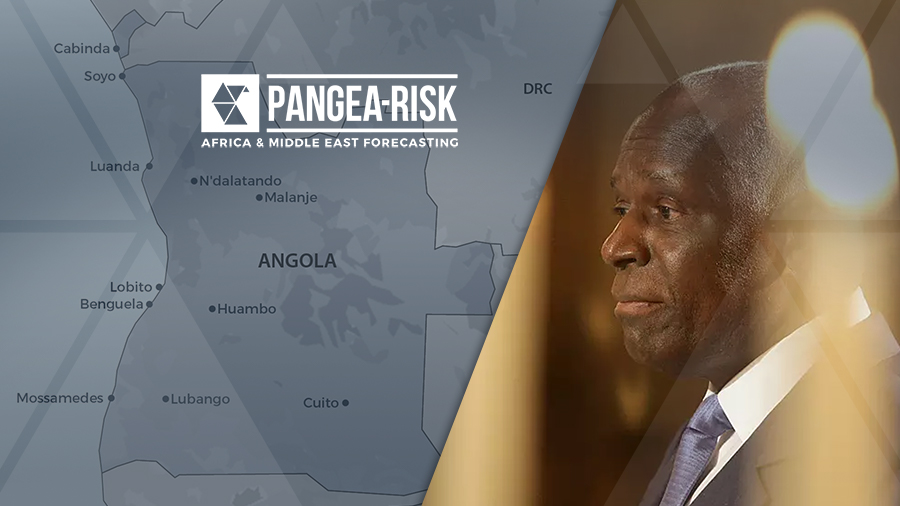 With four weeks to go until the Angolan general elections, a dispute over the funeral and legacy of Angola’s former president is distracting from the ruling party’s campaign messaging of rising economic growth and falling inflation levels. Despite its popular appeal, the main opposition alliance is unable to capitalise on some of the discontent with the government and is failing to present a viable governing alternative. Re-election of the incumbent and continued state asset privatisation and economic liberalisation with IMF assistance remains the most likely scenario from August onwards.

On 24 July, President João Lourenço called on Angolans to “honour the memory” of his predecessor, recently deceased president José Eduardo dos Santos, by voting for the governing Movimento Popular de Libertação de Angola (MPLA) party for which he is seeking a second term. During his first term in office, Lourenço instigated a high-profile and politically motivated corruption probe against dos Santos’s family and closest associates that almost fractured the MPLA but was welcomed by many of Angola’s international development finance and investment partners. By launching his re-election campaign by recalling dos Santos’s legacy, Lourenço is hoping to unify the party and draw a line under five years of civil strife, political factionalism, and economic recession that marked his first term.

However, an ongoing dispute over where and when to bury dos Santos, who died in Spain on 8 July, is threatening to reopen some of these grievances. Some of dos Santos’s adult children are accusing his wife and personal physician of attempting to murder dos Santos in collusion with the Angolan government, which they deny. They also claim that their father was about to endorse the main opposition União Nacional para a Independência Total de Angola (UNITA) party, which is ahead of the MPLA in some opinion polls. Speculative reports suggest that dos Santos’ children are seeking a deal with Angola’s attorney general Hélder Pitta Grós, who recently travelled to Spain, to drop criminal charges against some of the siblings in exchange for releasing their father’s body to the Angolan government.

The dispute over dos Santos’s body and legacy may distract from the MPLA’s political campaign and drive fresh divisions into the ruling party ahead of the elections. However, PANGEA-RISK believes that Angola’s reviving economic fortunes and slowing inflation may just be enough to ensure a ruling party win on 24 August. 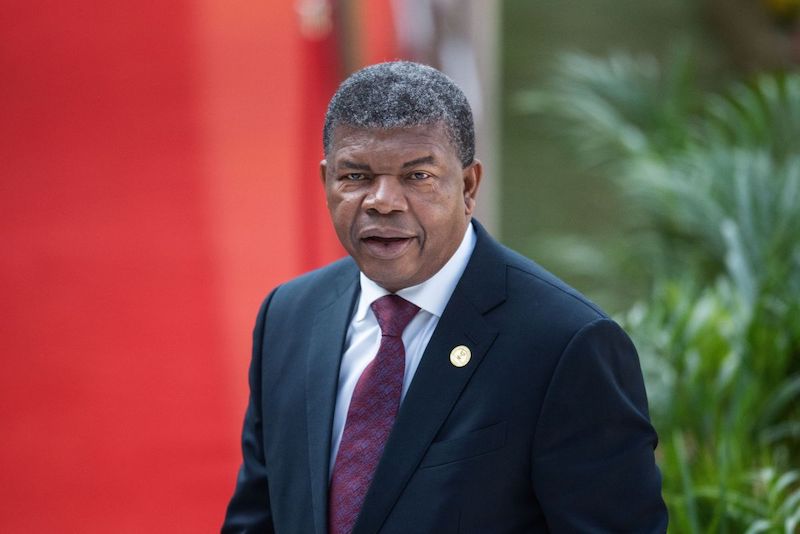 If the rumours are correct, dos Santos may have been considering endorsing the main opposition UNITA party, which leads the United Patriotic Front (UPF) coalition against the MPLA. A June poll by the Mudei Civic Movement, a citizen-based election monitoring group, found that the UPF is 19 percent ahead of the MPLA, confirming previous opinion polls. At the start of this year, a poll by Angolan research company Angobarometro suggested that the UPF would win an absolute majority of 53 percent, 23 points clear of the MPLA. Other surveys show that the MPLA’s lead may be shrinking, indicating that the UPF is successfully tapping into widespread public discontent with the Lourenço administration over high levels of inflation and unemployment and increases in the cost of living (see ANGOLA: ECONOMIC RECOVERY MIGHT COME TOO LATE FOR RULING PARTY AHEAD OF 2022 ELECTIONS).

While this election could be the most closely fought in Angola’s history, few expect the UNITA-led UPF coalition to ultimately win; at best, the MPLA might lose its two-thirds majority in parliament. Having ruled the country since 1975, the MPLA is a well-oiled political machine and knows how to win – or manipulate – elections. It can draw on vast amounts of cash from the buoyant oil sector to finance election campaigning. It also holds a firm grip over the legislative and judicial arms of the state, and in recent months has used the courts to frustrate and undermine opposition parties, as explained in our previous briefings on this topic (see ANGOLA: ECONOMIC RECOVERY MIGHT COME TOO LATE FOR RULING PARTY AHEAD OF 2022 ELECTIONS).

The MPLA’s primary strategy has been to try and disrupt the opposition at every turn. For instance, it tried to prevent UNITA and UPF leader Adalberto Costa Júnior from running for office in the first place. While these political games have certainly disrupted the opposition, the potential for the MPLA to resort to more nefarious tactics is of far greater concern. Opposition parties and social justice organisations have claimed that the MPLA will likely resort to fraud to ensure it wins the election. The party effectively controls the National Electoral Commission (CNE) and the Constitutional Court, the entities responsible for organising the vote and settling electoral disputes. Last year, it also used its two-thirds majority in parliament to pass a controversial electoral law that centralises voting at the national level, a move which critics claim opens the door to electoral fraud. 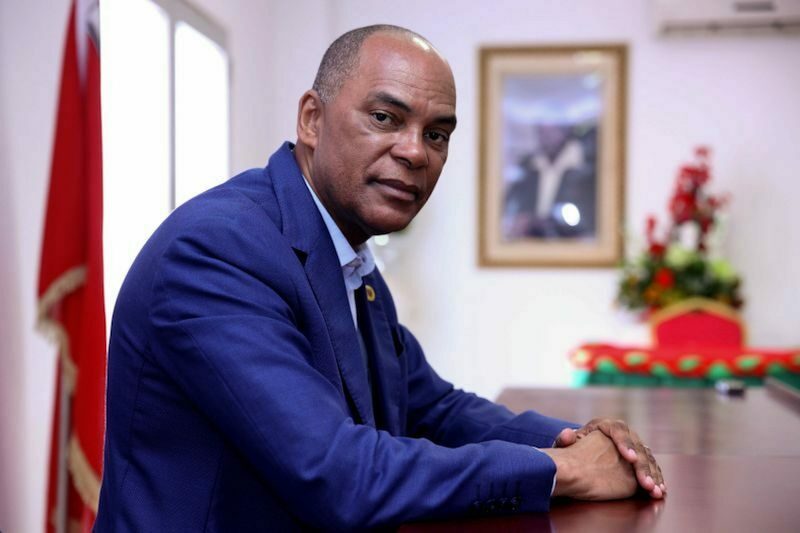 UNITA and its allies have often been quick to blame their poor performances in previous elections on the MPLA’s political meddling and undue influence over the judicial and legislative systems. There is certainly merit to these claims. However, what is often not acknowledged is that UNITA has consistently failed to present a coherent policy agenda that attracts votes, and 2022 is no exception. Costa Júnior might be one of the most popular opposition politicians in recent memory and has widespread support among the urban youth, but his charisma has not translated into an effective party message. When he launched his party’s official governance programme in late May, he largely rehashed many of UNITA’s electoral campaign pledges from 2017.

While UNITA has put forward some concrete political reforms, such as greater autonomy for the restive oil-producing Cabinda province, its plans for the economy are far less specific. Costa Júnior has previously promised to double the budget for education, health, agriculture, and scientific research. He has also criticised the MPLA’s economic diversification and privatisation initiatives, labelling them a failure. To fix the economy, UNITA says it will create a true market economy that encourages competition, generates wealth, and creates jobs. In that sense, its proposed economic reform programme differs very little from the MPLA model. Indeed, UNITA has not tried to distance itself ideologically from the MPLA. Instead, it has been trying to drive home the message that it would do better if given the chance. However, having never held power at a local, regional, or national level, it has no track record to draw on to convince voters. 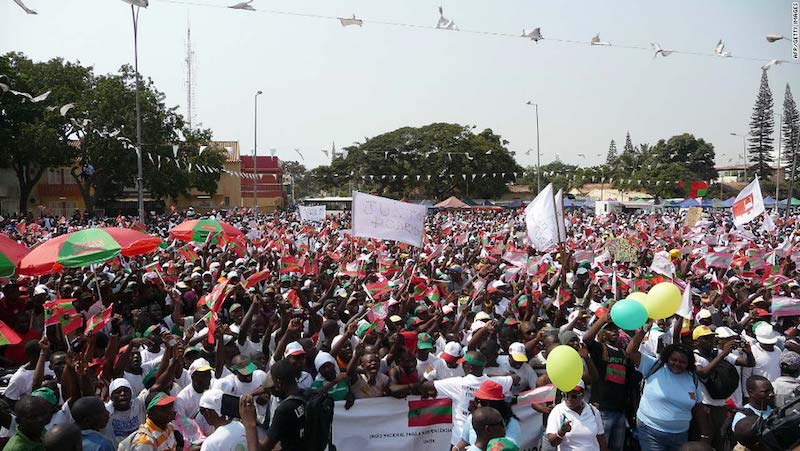 UNITA and its coalition partners are banking on public discontent, rather than a coherent policy agenda, to get them over the line. There is no doubt that many Angolans are looking for change, but UNITA has yet to sell itself as the most effective vehicle for political and economic reform. Critically, its campaign has also lost momentum at a key moment, as the Angolan economy begins a gradual recovery from a years-long recession. An improved economic outlook has undoubtedly taken the wind out of the opposition’s sails after it seemed to be gaining momentum in late 2020 and early 2021. UNITA and its allies will still likely call for street protests before and after the election, particularly if blatant signs of electoral fraud surface. However, they are unlikely to attract the same numbers as before when public discontent with the government peaked. 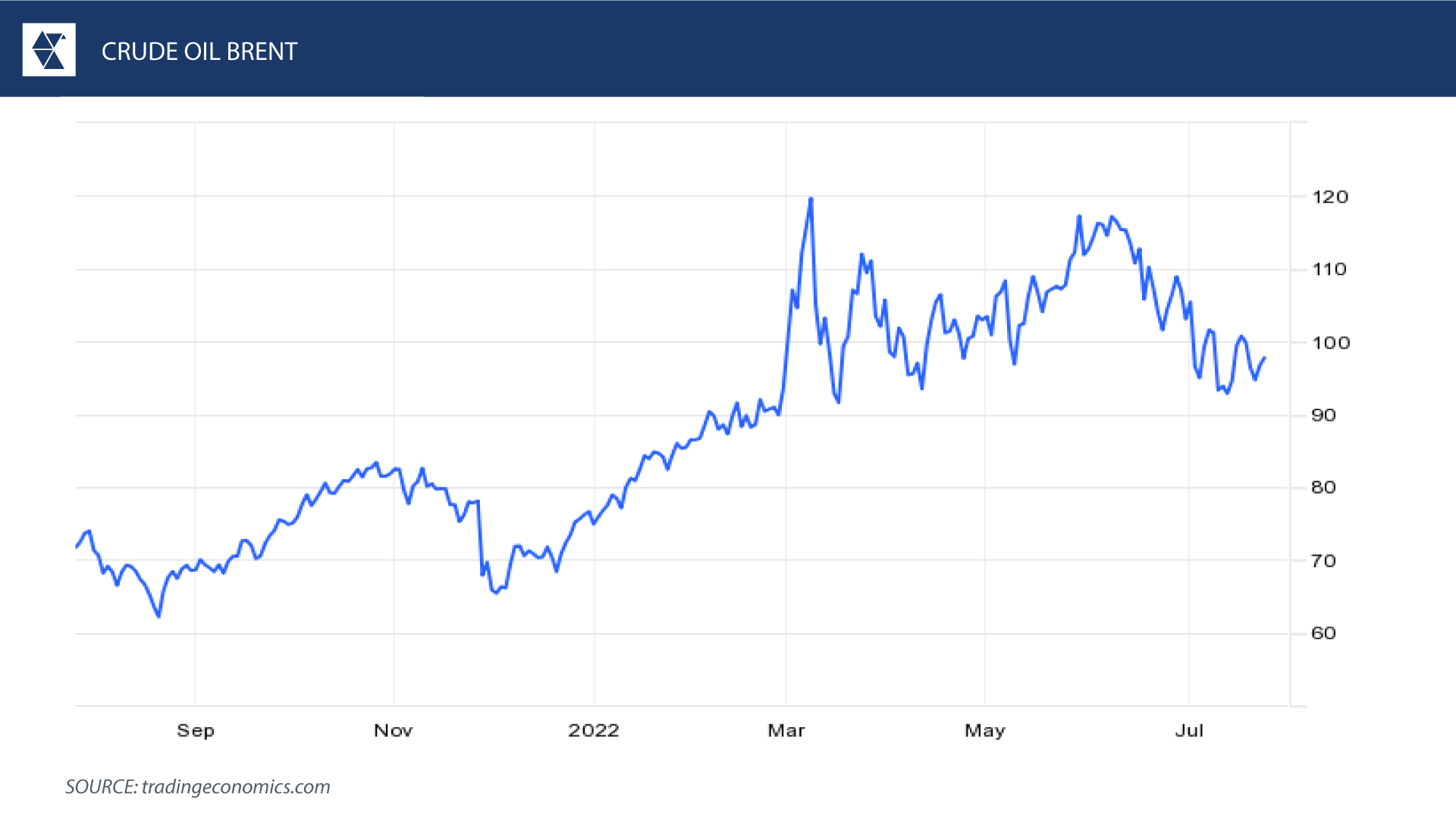 Over the past five years, Lourenço has largely failed on his 2017 election promise to revitalise Angola’s economy, which has contracted under his watch. High levels of inflation and unemployment and increases in the cost of living have resulted in a worsening social and economic situation for many Angolan families and businesses. This was further aggravated by the COVID-19 pandemic, the drop in global oil prices, and the government’s adoption of austerity measures. As economic growth plummeted, the number of anti-government protests increased, peaking at the end of 2020 with large, rolling nationwide demonstrations (see ANGOLA: POLITICAL VIOLENCE AND STATE CORRUPTION IMPERIL IMF AND CREDITOR RELATIONS). 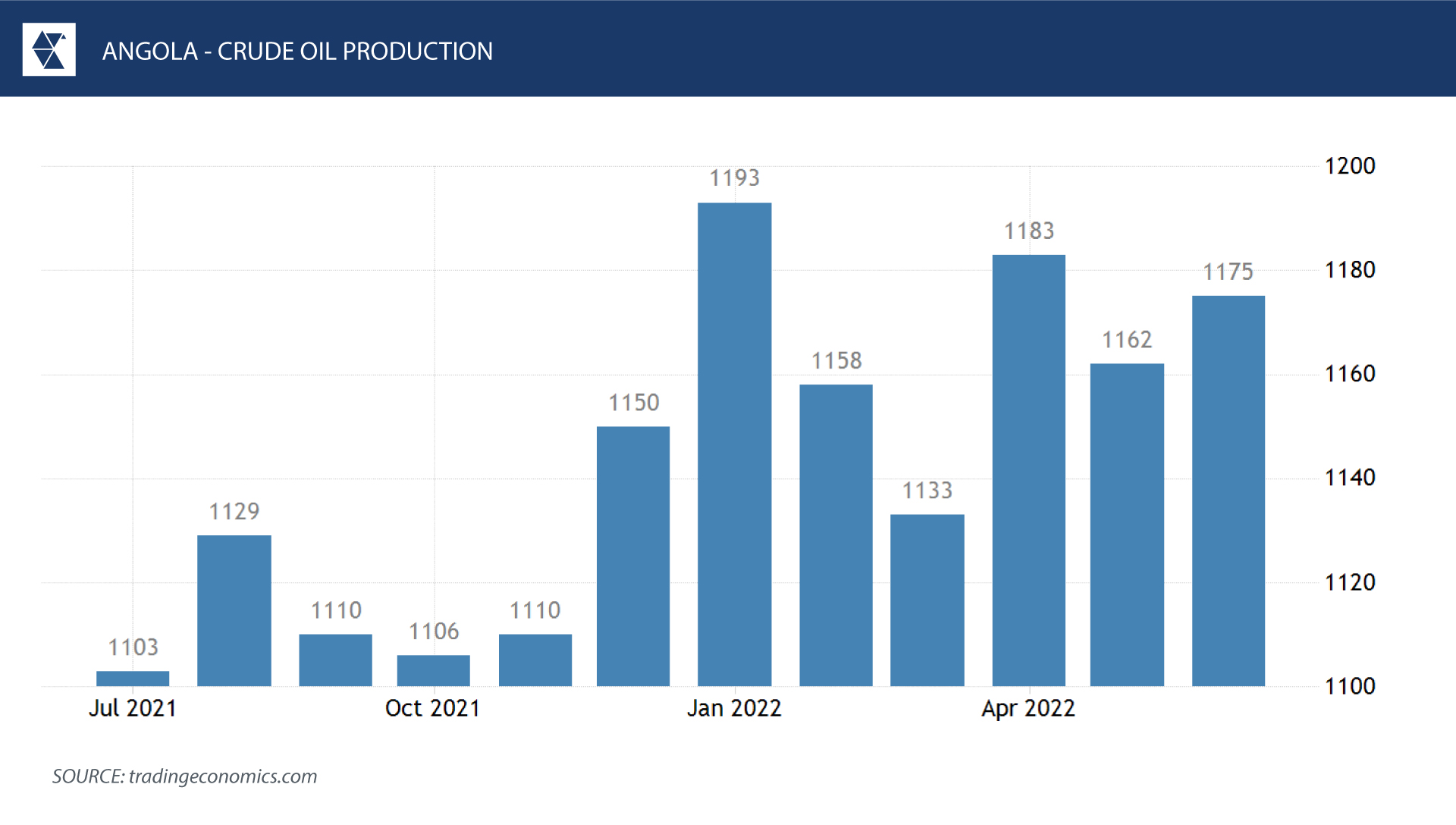 However, since the beginning of 2021, social unrest has waned significantly, likely reflecting improving economic conditions. Angola experienced real GDP growth of 0.6 percent for the first time in 2021 after five years of recession. Oil revenues, which represent 90 percent of the country’s exports, have rebounded with the global spike in prices, allowing the government to continue bankrolling petrol and electricity subsidies. In June, Angola maintained its position as the biggest oil producer in Africa for the second month in a row, with oil production measuring higher than that of Nigeria in both May and June 2022. Angola’s oil production increased to 1.175 million barrels per day (bpd) from 1.162 million bpd in May, representing the highest in Africa.

Overall macroeconomic indicators are also improving just at the right time for Lourenço and the MPLA. Angola’s economic growth is forecast to accelerate to 2.9 percent this year before rising to 3.1 percent in 2023 and could even hit 5.1 percent by 2026. Meanwhile, Angola’s annual inflation rate eased for the fifth straight month to 22.96 percent in June of 2022, from 24.42 percent in the previous month. It was the lowest reading since July of 2020, amid the continuous strengthening of the kwanza.

Foreign investment keeps flowing in too. According to the latest data from the government’s Agency for Private Investment and Promotion of Exports of Angola (AIPEX), foreign direct investment (FDI) totalled USD 2.7 billion between 2018 to March 2022, with 234 projects and 48 different countries involved. Investors from the UAE, UK, China, and other countries are injecting cash into a wide array of sectors, including construction, telecommunications, health, tourism, fishing, agriculture, mining, and finance. Once moribund industries such as mining are being revived. De Beers recently returned to the country after a ten-year hiatus, citing an openness to foreign investment, tentative anti-bribery and anti-corruption reforms, and a more transparent tender system as key motivators behind its decision. The buoyant oil sector has recently been further boosted by a declaration of a final USD 850 million investment decision by France’s TotalEnergies for the launch of the CLOV Phase 3 Project in Block 17, offshore Angola.

There are also signs of economic diversification outside of the extractive industries with job creation to boot. Lourenço was recently pictured at the ribbon-cutting ceremony for a 11,500m2 food manufacturing plant owned by Argentine multinational confectionery company, Arcor Group. While he may have not fulfilled his 2017 election promise to create 500,000 private sector jobs, Lourenço will cite these foreign investments as proof that his economic plan is finally working. Once the dust has settled on the elections, the MPLA will return its focus to the economy. Lourenço has already made a series of promises for his second term in office, pledging to invest billions in road rehabilitation, hospitals, electrification, and clean energy, alongside a USD 4.5 billion plan to minimise the effects of the drought in southern Angola. He has also sought to reassure foreign investors of political continuity and reliable and stable legislation. 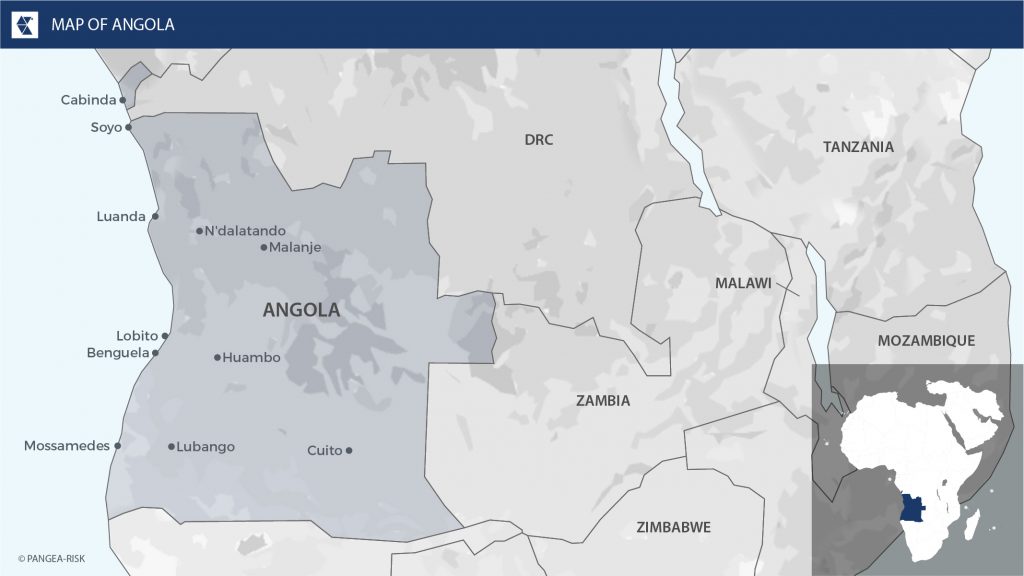 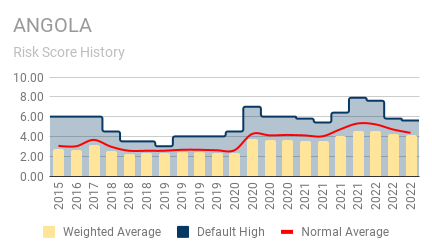 In part boosted by higher global oil prices, Angola’s economy has returned to growth after five years of recession. Public debt has fallen, non-oil sectors are growing, and privatisation initiatives are making good progress. The GDP growth forecast for the next few years also looks promising. However, it might be a little too late for the ruling MPLA party, which has struggled to address rising social discontent in the country over widespread poverty and high levels of unemployment and living costs. After more than 40 years in power, early voter intention polls suggest the MPLA could be unseated in the August 2022 presidential and legislative elections by a newly formed coalition of opposition parties. This scenario depends on the MPLA and military elite’s willingness to give way to the opposition. Nevertheless, electoral manipulation tactics and a recovering economic outlook and slowing inflation are improving the prospects for the MPLA party.