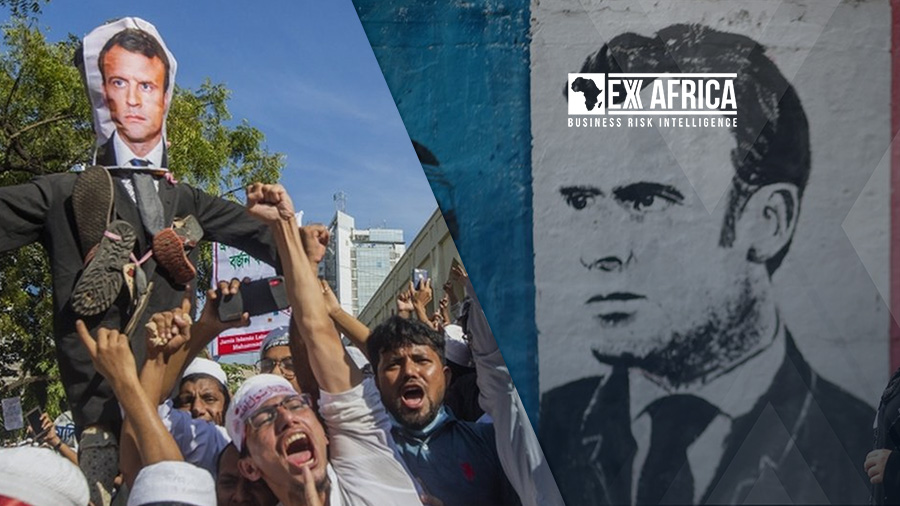 Anti-French sentiment is emerging once again across the Muslim world following controversy over the republishing of satirical cartoons of the Prophet Muhammad. While much attention has been focused on how such sentiment has manifested in France itself, as well as in the Middle East and South Asia, we explore the risks in sub-Saharan Africa.

Anti-French sentiment is emerging once again across the Muslim world as a backlash against France’s strict form of secularism that upholds freedom of speech following the publishing of satirical cartoons of the Prophet Muhammad and the response of French President Emmanuel Macron in this regard. Such sentiment has already manifested in a number of terrorist attacks in France, while across the Muslim world frustrations have largely taken the form of demonstrations to date.

EXX Africa’s latest analysis briefing unpacks the lead up to this divisive moment in global politics and discusses how anti-French sentiment could manifest in sub-Saharan Africa.

A timeline of events in France

The recent rise in anti-French sentiment began in September 2020 when French satirical magazine, Charlie Hebdo, republished cartoons from 2015 that had prompted an attack against the magazine at the time. The move itself prompted yet another attack against Charlie Hebdo’s office on 25 September when a man armed with a meat cleaver attacked and wounded two people who were smoking in front of the Paris office building.

In response to the incident, on 2 October, President Macron declared that Islam was “in crisis all over the world” and announced a new law that would give authorities unprecedented oversight over mosques and Islamic associations in the country. This in turn sparked an outcry across the Muslim world with Muslim leaders calling for a boycott of French products, most prominently led by Turkish President Recep Tayyip Erdogan. The situation only escalated further over the following weeks where anti-French sentiment resulted in more attacks within France itself:

Manifestation of events outside of France 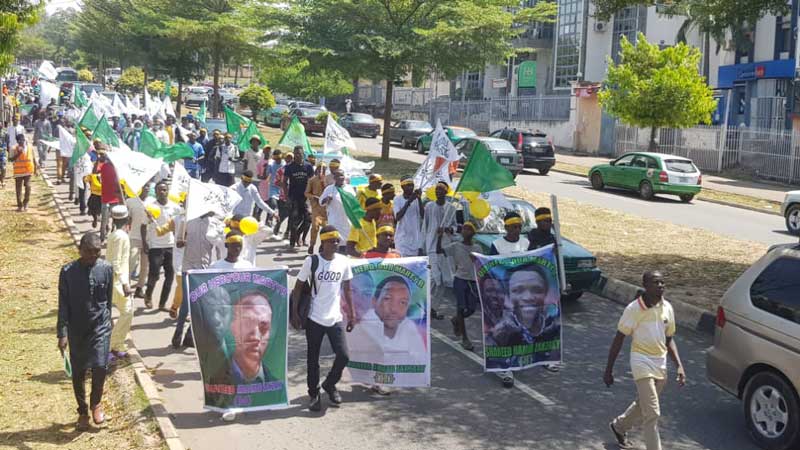 Anti-French sentiment has risen outside of France in recent weeks as well. Such sentiment has manifested primarily in the form of demonstrations; however, in one incident, on 29 October, a Saudi man was arrested in the city of Jeddah after attacking and injuring a guard at the French consulate. 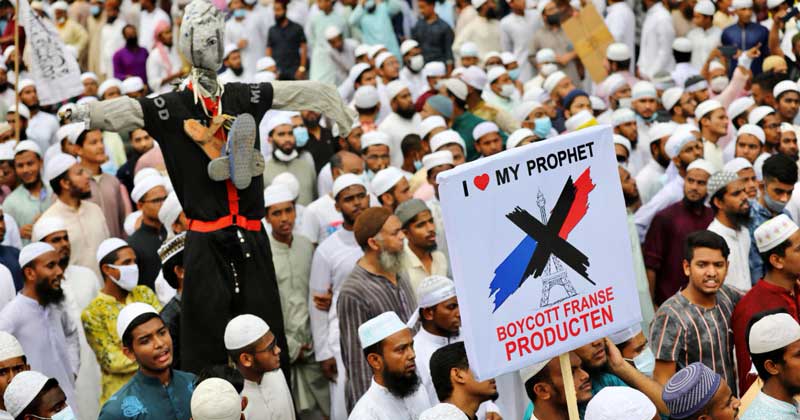 The most newsworthy demonstrations have taken place in the Middle East and South/Southeast Asia, evidenced by some 50,000 protesters in Bangladesh this last week. However, as indicated, such sentiment is also evident in Africa even though gatherings have been smaller and with a limited impact. As French nationals and French entities navigate global politics over the coming weeks, it is imperative that they remain cognisant of such sentiment across the continent, being aware of how and where any threats could play out. 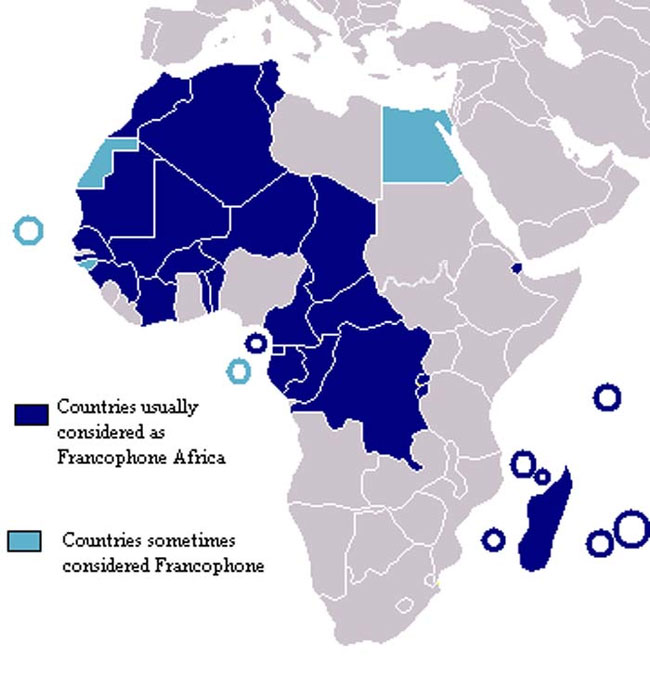 Anger towards France over the above events has the potential to be the most explosive in Francophone countries with a large if not majority Muslim population where Islamist militant groups have demonstrated the capability or intent to orchestrate attacks. This brings our attention to the Sahel and West Africa where threats of civil unrest and militant attacks could play out.

While Anti-French sentiment is deep-rooted in this region as a result of its colonial ties with France, such sentiment has risen significantly since 2013 after French security forces intervened in northern Mali to contain Islamist militants. However, despite multiple French-led security operations to address the threat, including Operation Barkhane and the G5 Sahel, the security situation has only continued to worsen. Today, a large number of militant groups affiliated with Islamic State and Al Qaeda now exploit the porous borders to orchestrate attacks across the entire region – primarily in Mali, Burkina Faso, Niger and Chad although the threat is pushing down on the region’s coastal countries as well (see: SAHEL & WEST AFRICA: COASTAL CITIES INCREASINGLY FEAR TERRORISM ATTACKS). Indicative of the deterioration of the local security environment, deaths from terrorist attacks jumped five-fold across Burkina Faso, Mali and Niger between 2016 and 2019, reaching more than 4,000 deaths last year according to the UN.

The rapid deterioration in the security environment across the region over the past half-decade has ultimately prompted locals, the majority of which are Muslim, to grow suspicious of France’s security presence. Such suspicions have already manifested in a number of anti-French protests in recent years, typically aimed at foreign troops or the local government. In October 2019, for example, about 1,000 demonstrators gathered in Bamako, Mali to protest French forces in the country. The rise in such sentiment even prompted President Macron to address the issue during a security summit in Pau, France in January 2020. 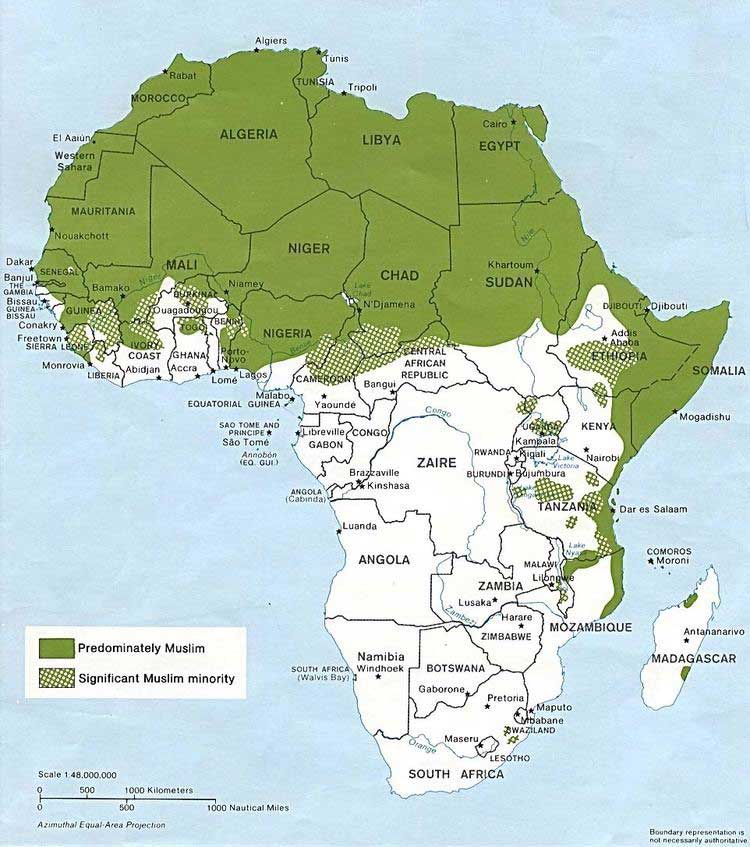 More concerning, Islamist militants themselves have taken on a very strong anti-French stance in the region. While the vast majority of militancy-related attacks in the Sahel have targeted local and international (including French) security forces or pastoral villages, in 2018, AQIM released a statement threatening to target Western companies operating across the Sahel region, particularly French firms. This declaration did not signal a new threat, but rather highlighted an increasing effort by regional militant groups to connect foreign commercial/humanitarian entities to the Western military presence across the region.

Indicative of the high intent and capabilities of local militants in this regard, on 2 March 2018, JNIM conducted an attack in Ougoudougou, the capital of Burkina Faso, simultaneously targeting the Burkinabe national army headquarters, the French Embassy, and the French Institute, killing 30 people. Thereafter, on 28 November 2018, eight employees of a French mineral and water drilling firm and a local official were killed when gunmen attacked their site in south-eastern Niger. Smaller attacks have taken place across the region more recently, with six French citizens from a humanitarian organisation attacked and killed by militants on a sightseeing excursion in Niger in August 2020.

Outside of Francophone Africa 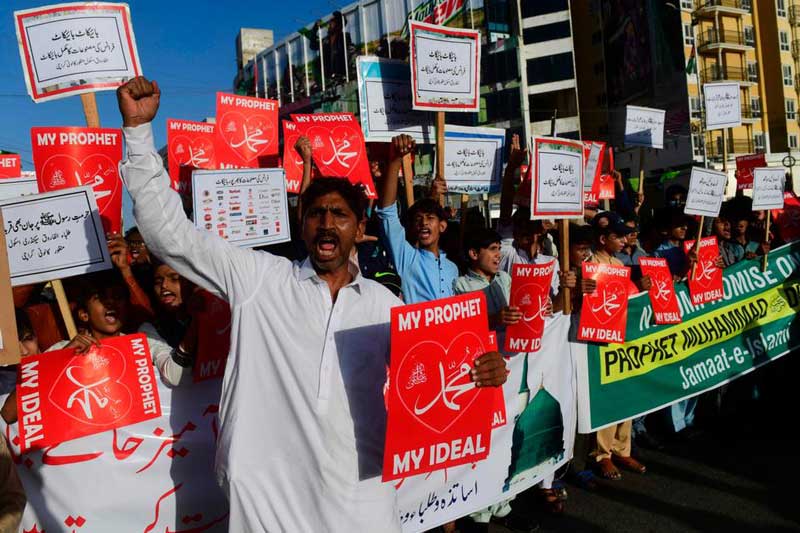 Anti-French sentiment also requires close monitoring in non-French speaking countries where there is still a large if not majority Muslim population and where Islamist militant groups have staged attacks or intended to stage attacks in the past. These countries are typically located in East Africa and include the likes of Djibouti, Kenya, Mozambique, Somalia, and Tanzania/Zanzibar.

While demonstrations remain the most likely manifestation in the majority of these locations, as already witnessed in Somalia this past week, concerns remain over the ability of Islamist militant groups/extremists to orchestrate attacks against French interests. A high intent and/or history of attacks against Western assets in Kenya, Mozambique, Somalia and Tanzania/Zanzibar by groups such as Al Shabaab raises the prospects in this regard whilst the presence of French troops in Djibouti has always been an aspirational target by Islamist militants as well. However, the threat is partially mitigated by the reduced number of French interests in this region – beyond the presence of government agencies and oil and gas companies – compared to Francophone Africa.

On 29 October, the French Ministry for Europe and Foreign Affairs issued a worldwide consular message warning of an increased threat against French nationals and interests. It noted that the risk of an attack is high in light of rising anti-French sentiment across the Muslim world that to date has taken the form of an unprecedented number of protests.

Within Africa, the threats of civil unrest and an attack remains most prominent in countries with a large if not majority Muslim population and/or where Islamist militant groups have demonstrated the intent and capability to stage attacks in the past. While this threat is most pronounced in Francophone Africa, given a base layer of anti-French sentiment and a larger number of French targets, it spans a vast number of countries including (in alphabetical order): Burkina Faso, Cameroon, Chad, Djibouti, Guinea, Guinean-Bissau, Ivory Coast, Kenya, Mali, Mauritania, Mozambique, Niger, Nigeria, Senegal, Sierra Leone, Somalia, Tanzania/Zanzibar, and The Gambia. 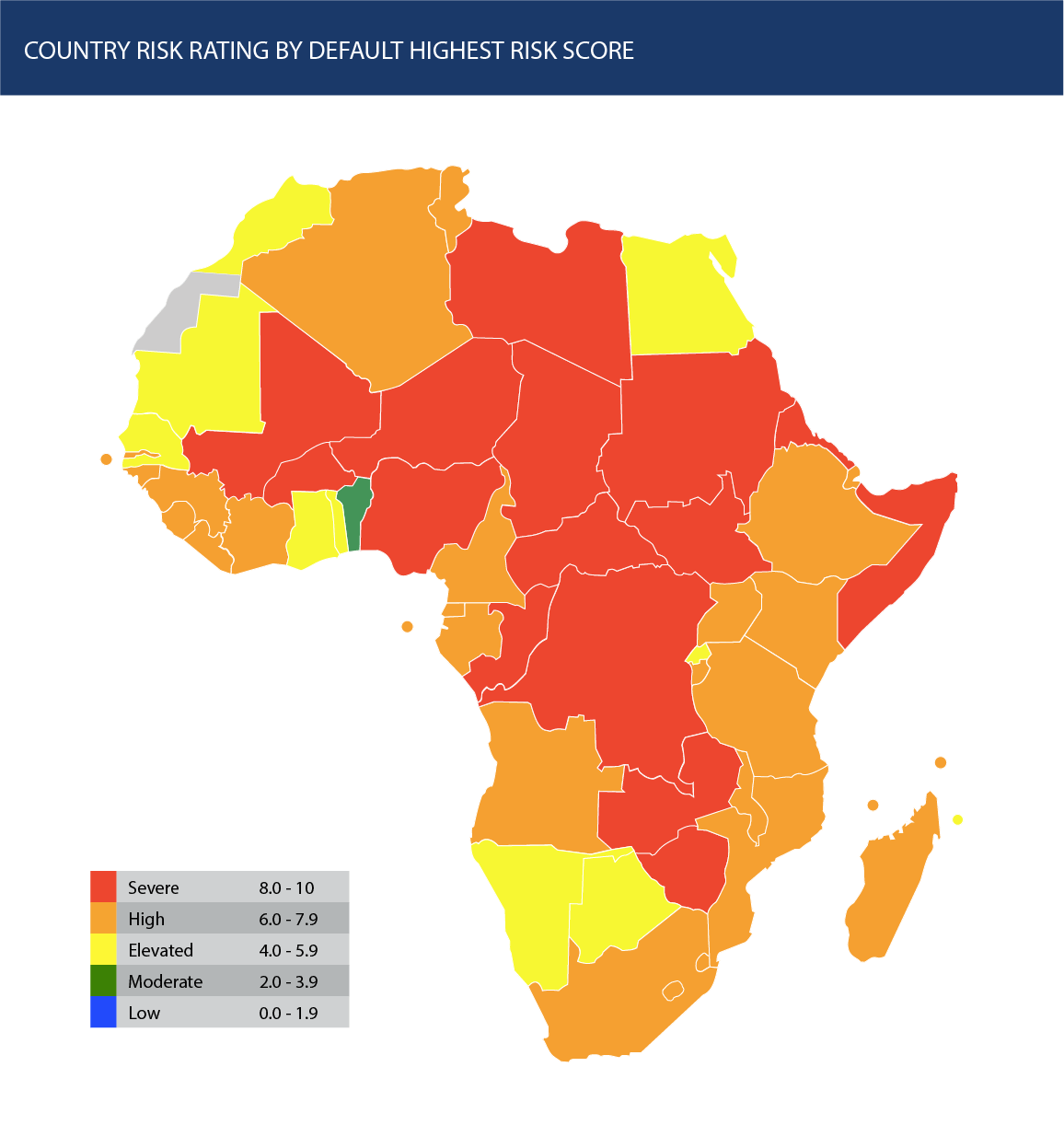 The French Ministry has advised French residents in or passing through foreign territories to exercise maximum vigilance. They have been advised to stay away from any gathering and to ultimately avoid traveling if possible, which should be kept to what is strictly necessary. It is also recommended to keep informed of the evolution of local situations as developments have proceeded rapidly in just a few short weeks. French entities in Africa, including government agencies/forces, institutes and corporates are also advised to monitor these developments, particularly if they already operate in high risk or remote locations across the continent. Beyond these aforementioned locations, the threat of lone-wolf attacks – which have come to characterise so many attacks in France over the years – maintains a latent threat in even lower risk locations as well, such as in southern Africa.