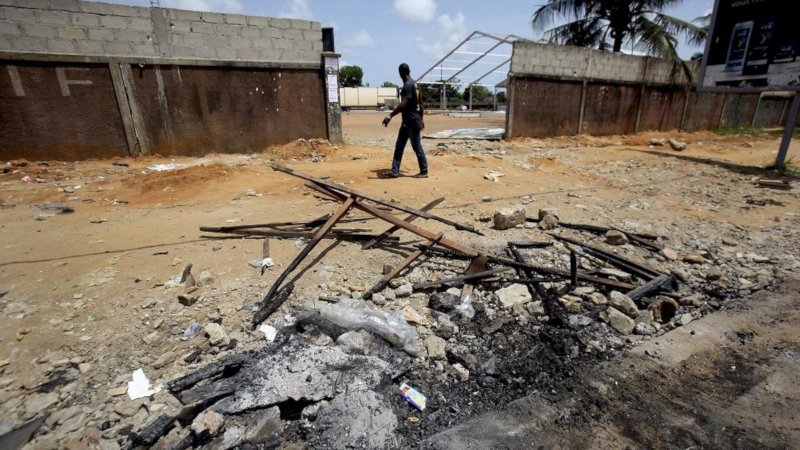 Over the past month, the Sahel and Mozambique have seen some of their most brazen and deadliest militant attacks; peace agreements in East and North Africa have been placed on the backburner; Chad has threatened to pull out of regional security forces; and xenophobic violence has occurred in Uganda. COVID-19 is exacerbating political and social instability across not only the continent’s conflict zones but potentially its urban centres as well.

There are now over 17,200 confirmed cases of COVID-19 in Africa with the largest outbreaks in parts of southern and northern Africa – unsurprisingly the regions with the most robust testing infrastructure. While the number of confirmed cases in Africa is small when compared to the rest of the world, these numbers and associated deaths are rising fast, so much so that Africa is now assessed to represent the third wave of the COVID-19 pandemic. Just two African countries – the Comoros and Lesotho – have yet to report a single case, although this is likely to change in the coming days.

In a recent analysis briefing, EXX Africa assessed the expected impact of the virus on Africa’s healthcare infrastructure and the (lack of) readiness of the continent to respond (See: COVID-19 & AFRICAN HEALTHCARE: ON THE BACK FOOT, BATTLING FAKE NEWS, AND FACING NEW SECURITY THREATS). While questions abound over whether Africa’s healthcare infrastructure will buckle under the pressure of the virus, another pertinent question has emerged: what impact will COVID-19 have on the continent’s seemingly fragile political and social infrastructures? EXX Africa’s latest analysis briefing dives deeper and unpacks the key threats to political and social stability over the coming year. 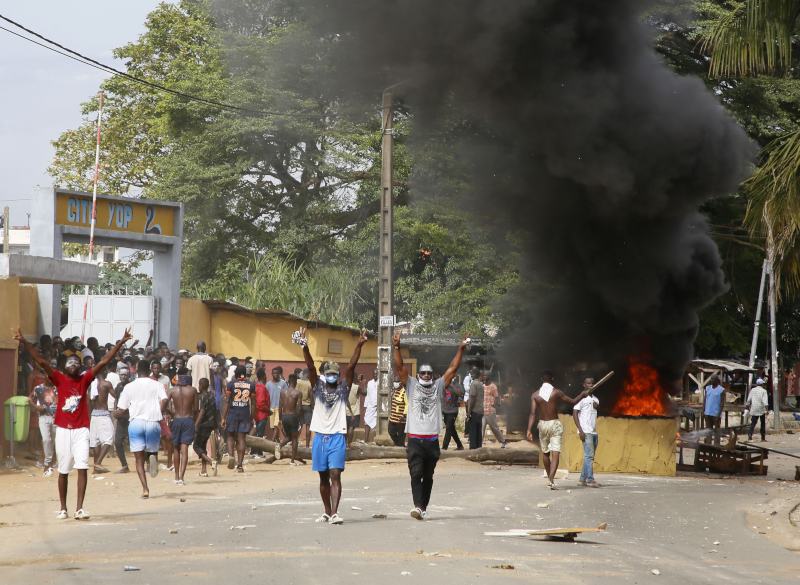 As COVID-19 spreads within the continent’s conflict zones, non-state actors, such as Islamist militant groups and insurgent groups, are expected to try to exploit the pandemic to their advantage.

Operationally, we have already witnessed a number of brazen militant attacks by Islamist militant groups in key conflict zones over the past few weeks. At a time when the world’s attention is focused on the pandemic, and thus detract from militants’ ability to gain coverage and spread fear, these attacks can speak more to the intention of militants to boost their capabilities through banditry:

Islamist militant groups are not the only actors that have looked to exploit the pandemic to their advantage. In Libya, as the year anniversary of military commander Khalifa Haftar’s offensive against Tripoli passed in April, conflict in the capital only worsened, as Haftar has continued his siege. Despite calls for a ceasefire in Libya to allow healthcare workers to respond to the pandemic, heavy shelling in Tripoli has been reported, most recently against the Al Khadra General Hospital. Indeed, since the beginning of the year, there has been at least eight recorded conflict-related incidents affecting field hospitals, health care workers, ambulances and medical supplies. 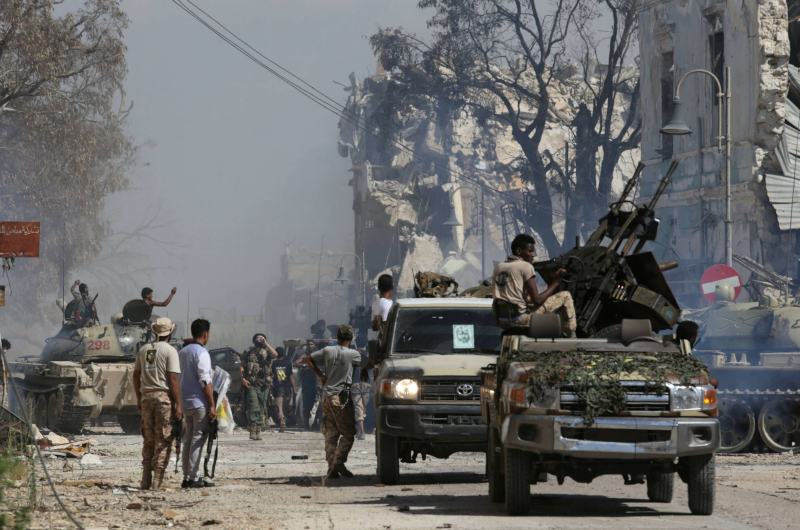 Strategically, Islamist militants may also use the pandemic to spread propaganda and fill a governance vacuum. The Al Qaeda-linked Al Shabab group in Somalia, for example, has warned Muslims to beware of COVID-19, which it says has been spread “by the crusader forces who have invaded the country and the disbelieving countries that support them”. In the Sahel, militant groups may also use the pandemic to deliver services such as health and infrastructure where the official government cannot. These efforts may go a long way to recruiting future members.

Mediation and security efforts to be placed on the backburner

The rapid spread of COVID-19 has also hindered the ability of regional and international stakeholders to maintain momentum around peace agreements and the deployment of security forces. 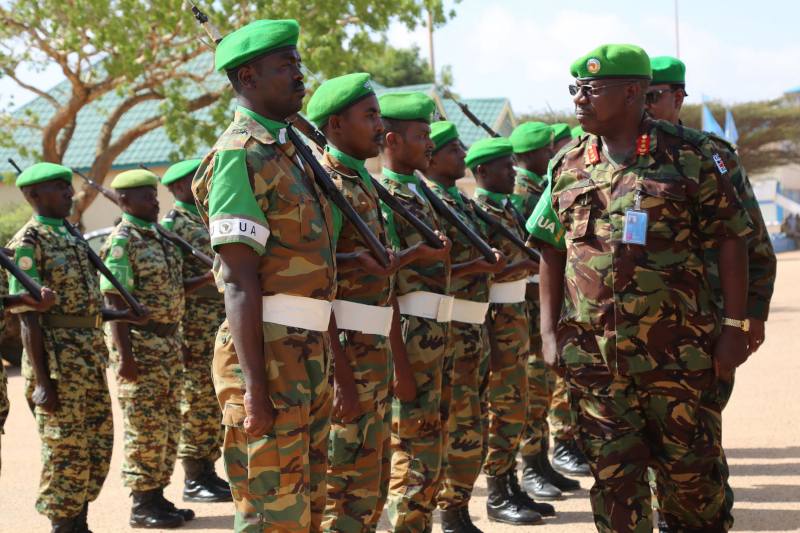 In response to the pandemic, the AU’s Peace and Security Council (PSC) decided to suspend its work until at least mid-April, for example, yet key issues on its agenda include major mediation initiatives, such as the implementation of the peace agreement in South Sudan. Similarly, Kenya’s President Uhuru Kenyatta called off a March summit with counterparts from Ethiopia and Somalia that aimed to defuse escalating tensions between Nairobi and Mogadishu. A summit between leaders of the EU and the G5 Sahel countries (Burkina Faso, Chad, Mali, Mauritania and Niger) was also affected, dealing a blow to efforts to boost counter-terrorism operations in the region. Moreover, European officials have indicated that efforts to secure a ceasefire in Libya (a former priority for Berlin and Brussels) is no longer receiving high-level attention.

The deployment of forces to conflict zones has further been affected by the pandemic. In the AU mission in Somalia (AMISOM), for example, all movement of personnel has been limited to that which is essential, all rotations and new deployments have been suspended, civilian staff outside Somalia are working from home, and non-critical staff have been moved out of Mogadishu. The staff that arrived before travel was suspended, or who were otherwise suspected of having COVID-19, have been isolated until medically cleared – including the current head of mission.

Turning to West Africa, the pandemic is likely to delay the deployment of foreign troops to the Sahel where 250 British troops were scheduled to join the effort against violent extremists later this year. While France has not indicated that it would pull troops from the region, it recently announced that it would pull some of its forces from Iraq due to COVID-19, raising concerns that it may do the same in West Africa, resulting in a major security vacuum.

In mid-April, the possibility of Chad’s withdrawal from the Multinational Joint Task Force (MNJTF), which is mandated to combat Boko Haram, also emerged as President Déby noted in a speech on Friday 10 April that “From today, no Chadian soldier will take part in an external military operation”. However, by the following week, the government had backtracked on these statements and reaffirmed its commitment to force.

Chad is a key contributor to a multinational force in the Lake Chad basin fighting Nigerian jihadist group Boko Haram, and another farther north in the Sahel zone that counters militants linked to al Qaeda and Islamic State. It is also the largest troop contributor to the Un peacekeeping mission in Mali, known as MINUSMA, with more than 1,400 soldiers there as of January. 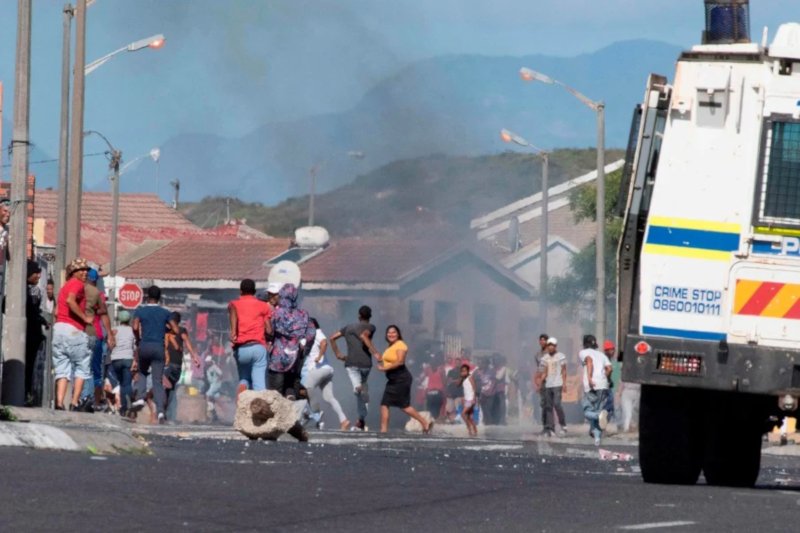 COVID-19 is also likely to exacerbate already-present tensions in many countries, resulting in a higher likelihood of violent civil unrest. In the short term, the threat of the virus is likely to act as a deterrent to popular unrest, as national shutdowns are implemented. There has been a decline, for example, in the numbers of protesters taking to the streets in Algeria as the country navigates its political transition. However, exceptions have emerged.

In mid-March, civil society organisations held a public demonstration in Niamey, Niger to protest the government’s response to COVID-19, including the enforcement of bans on public gatherings and the misappropriation of public funds for the purchase of weapons intended to fight terrorism. At least 15 people were subsequently arrested and detained for “participation in a prohibited demonstration” whilst three others were killed.

Violent protests have also been threatened in South Africa, this time as local communities compete with each other over access to food parcels. In the coastal city of Port Elizabeth, local residents have threatened protests over the municipality’s decision to distribute food parcels to informal traders who have lost their income as a result of the lockdown. As one resident remarked, “We can’t have one section of our society being preferred over others”. It is not difficult to imagine how violent protests over food parcels today may eventually develop into violent protests over access to healthcare as the epidemic spreads in the country. Not only will this exacerbate tensions between South African residents, but it carries a high a likelihood of xenophobic violence as well.

While there have been no reports of xenophobic violence in South Africa during the pandemic to date, underlying tensions have been reported elsewhere in the continent. In March, for example, Uganda expelled over 300 Rwandans for allegedly “spreading COVID-19”. Xenophobic behaviour has also been directed at non-Africans. In Ethiopia there has been a reported “rise in anti-foreigner sentiment” as foreigners have been “attacked with stones, denied transportation services (taxis, etc), been spat on, chased on foot, and been accused of being infected with COVID-19,” according to the local US Embassy.

Similarly, in Kenya, a video has circulated showing a large crowd of people bullying an Asian man and woman in Nairobi, yelling “You are coronavirus, you are coronavirus”. Such attacks have been fuelled by politicians themselves as a Kenyan member of parliament recently noted in a Facebook message that his constituents had the right to stone and chase away any Chinese visitors who were not quarantined. Although no major violent episodes had been reported at the time of writing, such tensions have been the potential to escalate.

According to the Armed Conflict Location & Event Data Project (ACLED), which monitors incidents of conflict around the world, armed conflict in Africa was already on the rise at the end of the last decade – represented by a 36 percent increase in the number of conflict-related incidents reported between 2019 and 2018. While this increase was largely driven by incidents related to emergent militant groups in conflict prone areas, such as the Sahel, and sudden regime change in parts of northern Africa, such as Sudan, multi-year conflicts in other parts of the continent, such as Libya, have also consistently contributed to a high rate of violence in Africa.

This year was earmarked to represent a turnaround in this state of affairs, however, represented by the African Union (AU)’s pledge to ‘Silence the Guns in Africa by 2020’. While this was always going to be an almost impossible task, as indicated by the various threats discussed above, any expected gains are now likely to be scuppered by the arrival of COVID-19.

In particular, personnel are advised to pay close attention to the ongoing conflicts zones in the Sahel and West Africa (Mali, Burkina Faso, Niger, Chad, Nigeria, and Cameroon) East Africa (Somalia), Central Africa (CAR, DRC) North Africa (Libya, Sinai Peninsula, Sudan) and southern Africa (Mozambique), given the potential for non-state armed actors to exploit the pandemic and impending security vacuums. Beyond this, instability is also likely in non-conflict zones through the rising potential for social unrest in the form of protests, strikes, riots, and xenophobic violence in some of the continent’s major and historically peaceful urban centres.

Given the rapid nature of COVID-19 and the expected burden it will place on all African governments, close monitoring of events in key locations is required over the coming weeks and months as the security situation has the potential to change just as quickly.