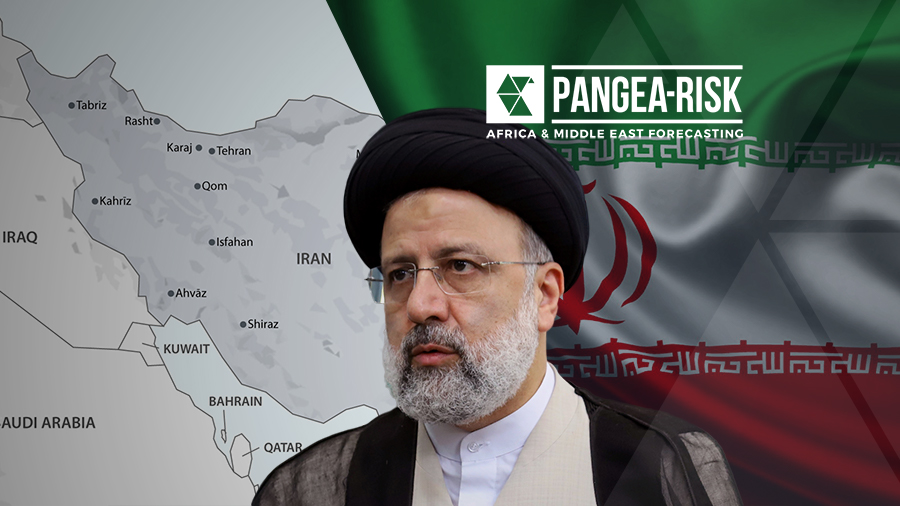 Ebrahim Raisi emerged victorious in the June presidential election consolidating conservative control over the country’s key institutions. The main focus of the new president is likely to be on reviving the economy, including high-profile anti-corruption efforts. Additionally, a return to the nuclear deal may still be on the cards, despite prevalent anti-US rhetoric. And perhaps, there may even be scope for some de-escalation of tensions with Iran’s main rivals, the US and Saudi Arabia.

Chief Justice Ebrahim Raisi, a hardline conservative, won in the 18 June Iranian presidential election in a landslide and will succeed Hassan Rouhani as president in August, as PANGEA-RISK previously assessed as the most likely scenario (see IRAN: HARDLINERS ARE SET TO RETAIN THEIR CONTROL IN JUNE ELECTIONS). However, the historically low turnout of voters and highest ever informal vote clearly demonstrated Raisi’s low public appeal and disillusionment with the regime’s policies.

Political disputes over the election increased after the Guardian Council, a powerful body in charge of vetting candidates, disqualified most of the leading moderate and reformist presidential contenders. The move appeared designed to benefit Raisi, the head of the judiciary and the preferred candidate of Iran’s supreme leader, Ayatollah Ali Khamenei. The election’s outcome fulfils Khamenei’s intent that Raisi is the next president, and that Iran returns to a conservative-led government. It also allows Raisi to demonstrate his potential as Khamenei’s successor as supreme leader.

Nonetheless, the incoming president will face several issues, starting with a difficult economic situation, a stunted vaccination campaign, and a problematic foreign policy centred on restoring diplomatic dialogues with other countries in the region, such as Saudi Arabia, and reviving the 2015 nuclear accord. Since April, the Joint Comprehensive Plan of Action (JCPOA), or nuclear agreement, signatory countries have been meeting in Vienna to negotiate a settlement to restore the deal. Nevertheless, PANGEA-RISK assesses that Raisi’s elections could complicate the restoration of the agreement and, more generally, Iranian relations with Washington as Raisi is currently under US sanctions for human rights violation. 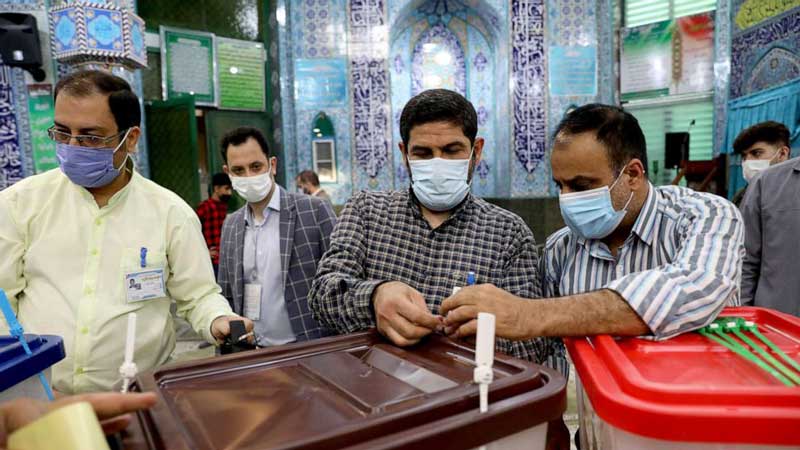 Despite his election victory, Raisi will lack a broad public mandate when he takes office in August. The turnout, just 48.8 percent, was the lowest for a presidential election in the history of the Islamic Republic. Only 28.9 million Iranians — out of the more than 59 million eligible voters — participated. Activists had called for a boycott. Compared to previous elections, the low turnout reflected widespread apathy about both the candidates and the future of the country’s politics. In 2017, 73.3 percent of eligible voters turned out; in 2013, 72.9 percent participated in the poll.

Additionally, the Interior Ministry reported that 12.9 percent of the ballots were either blank or invalid – at least triple the number of invalid votes in all other elections since 1980. The unprecedented percentage of spoiled ballots, which exceeded votes for the runner-up, suggested that many of them were protest votes. Possibly, these uncounted ballots were in protest against the limited number of approved candidates and the regime’s policies generally. Against this background, Raisi comfortably won the election, receiving 17.9 million votes, or some 63 percent of all votes cast.

The fact that the election generated such a low turnout and had such a high number of spoilt ballots can be taken as indicative of widespread discontent with the system. If the guardian council can so directly influence elections, to exclude moderates and reformists, it may spark further disillusionment with the system as it stands today. Any potential increased repression of civil society in the aftermath of such an election will likely only further serve to add to this disillusionment. 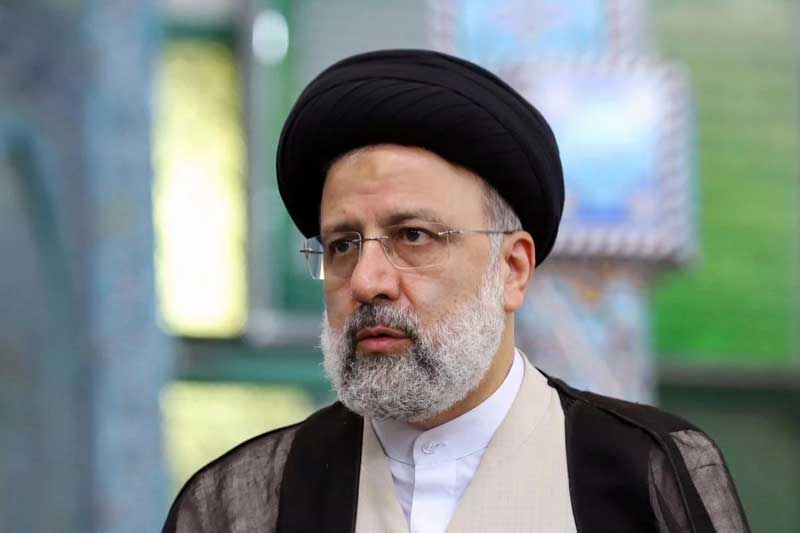 Raisi’s victory was also a milestone in the consolidation of power by hardliners and conservatives. This comes after seven years of widespread disappointment in the reformists and moderates compounded by the collapse of the nuclear deal, and recurrent economic difficulties. In 2020, hardliners won roughly three-quarters of the 290 seats in Iran’s parliament. Many of the reformist candidates were barred both from the 2020 parliamentary election, as well as the 2021 presidential election. When incumbent President Rouhani leaves office in August, the reformist movement will be left without an obvious leader. The hardliners are likely to already have a figure in place to nominate to the position of Chief Justice when Raisi leaves that post in August to become president.

Hardliners will likely aim to freeze out and further marginalise the reformist and more pro-democracy factions. Hardliners have also long headed the judiciary and the intelligence communities. In terms of how the new president may respond to any large-scale civil unrest against him in the coming months, his long time in the judiciary will likely influence his tactics – namely, the use of repression and threats. Even before the election, there were reports that journalists had been contacted by allies of Raisi in the justice system, and “warned” about expressing views that could be seen as “too critical” against Raisi. 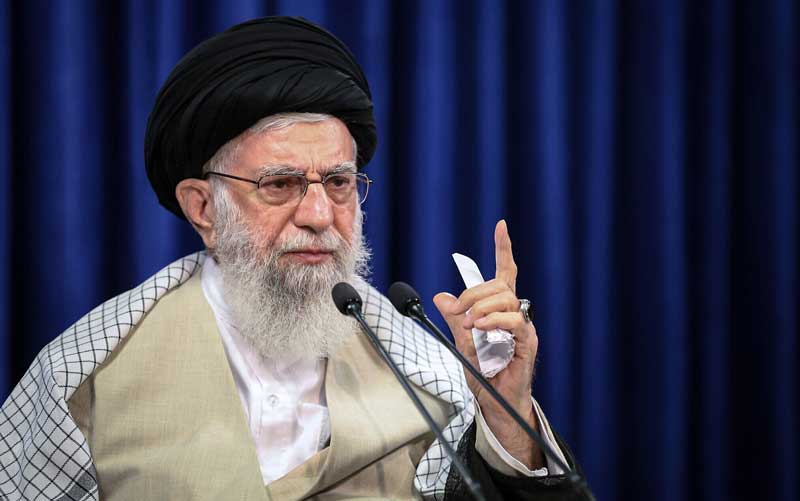 Raisi could influence the trajectory of Iran for more than four or even eight years if he wins a second term. The election was widely seen as more than a contest for the presidency. It could also set the stage for the succession of the supreme leader after the eventual death of Khamenei, who is 82 and has led Iran since 1989. For decades, he has not had a clear protégé. But Raisi, a mid-ranking cleric, is now a potential successor. He has close ties to Khamenei and has earned the support of influential clerics. Iran also has only had one transfer of power between supreme leaders since the 1979 revolution. Khamenei was president before he became supreme leader. Raisi will be hoping that he can bring economic order and societal stability to Iran. If he achieves this, it will further cement his position as the next most likely Supreme Leader. 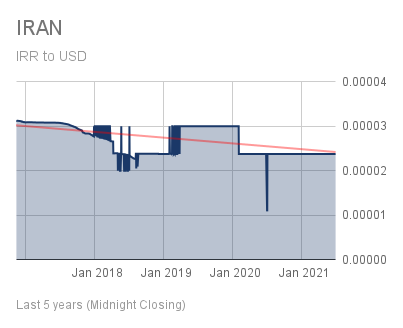 President-elect Raisi is fortunate that the worst of Iran’s economic crisis is over. Iran’s economy is now growing, albeit slowly, following nearly three years of contraction. Inflation (currently at 50 percent) is easing, and Iran’s currency has regained about one-third of its value since reaching a historic low exchange rate in October 2020. But this economic recovery is too weak to allow Raisi to be at ease. For those Iranian families hit hardest by the economic downturn triggered by sanctions and then compounded by the COVID-19 pandemic, the anaemic growth means that they will be unlikely to see their living standards return to pre-crisis levels. 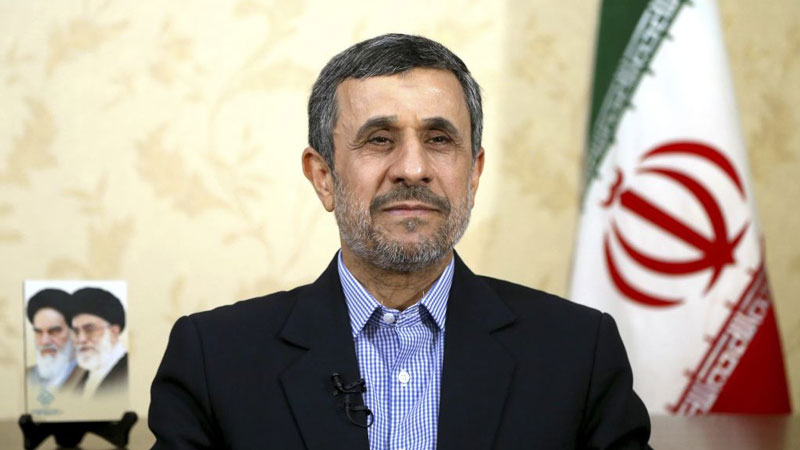 The most significant means of reversing the current economic situation is through the return to the JCPOA and lifting the economic sanctions on Iran. This could help reduce inflation further as the cost of imports falls. But even if a deal is reached, it is unlikely to lead to new foreign investment in the short term as companies hit by the US withdrawal from the nuclear deal hesitate to make big bets on the Iranian market. In particular, this hesitancy will hamper prospects for job creation. It must be noted however that the lifting of sanctions will generate a revival in Iranian expectations for quality of life. If the government fails to deliver these quickly enough, then this could further add to the disillusionment in the country.

If no progress is made with the JCPOA negotiations within the first months of the presidency and the current restrictions on the Iranian economy remain in place, the likelihood of limited protests would increase. With permitted channels to voice discontent now increasingly restricted, anti-establishment protests would also likely increase in intensity and frequency, including potentially by supporters of former president Mahmud Ahmadinejad (previously an ultranationalist conservative), whose candidacy was recently disqualified for the second time.

In terms of Iran’s non-nuclear foreign policy, little change is expected. As Khamenei and the Islamic Revolution Guard Corps (IRGC) make key decisions on Tehran’s relations with its neighbours and sponsorship of non-state actors, a change in the presidency is unlikely to drastically affect Iranian-backed groups in Lebanon, Syria, Iraq, and Yemen. 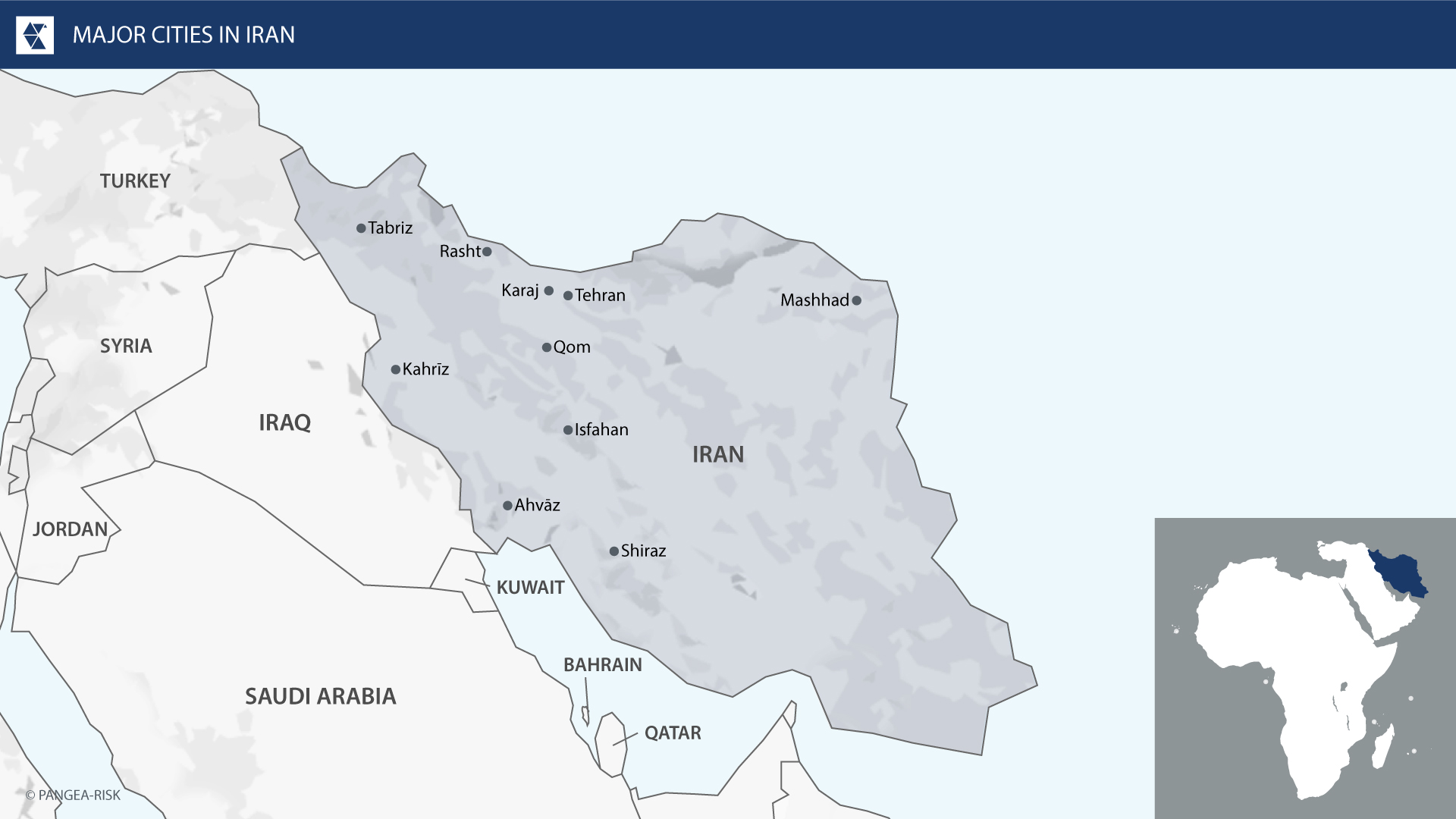 This will also apply with regards to the ongoing security talks with Saudi Arabia – which Raisi explicitly called a priority – as well as to strategic relations with China. These policies have been designed and shaped by the Supreme National Security Council, of which the new president-elect has been a member as judiciary chief.

In Israel, Benjamin Netanyahu’s long reign is over. His successors are not signalling any willingness to end the bitter rivalry, nor are Iranians showing any indication of backing away from their support for anti-Israeli forces in the region. But at a time of transition in both Iran and Israel, the possibility of de-escalation between the two rivals is plausible (see ISRAEL: WEAK GOVERNING COALITION TO FOCUS ON ECONOMIC POLICY PRIORITIES). 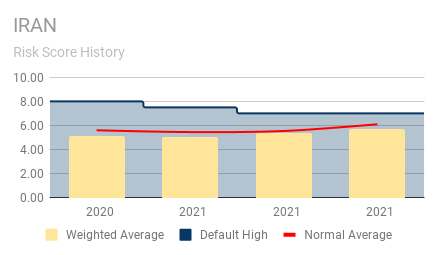 Ebrahim Raisi’s victory in the presidential election is unlikely to derail the nuclear negotiations, but the US may face difficulties in expanding the scope of the accord. Biden is seeking to revive and eventually broaden the nuclear pact to put greater limits on Iran’s nuclear and ballistic missile programmes, as well as constraining its regional activities. Iran has rejected negotiating a stronger and broader nuclear deal.

Nonetheless, negotiators in Vienna have expressed optimism that a new deal could be reached in the coming months. The likely outcome for the JCPOA negotiations is a return to the 2015 agreement, which would keep many sanctions in place. Such a limited agreement would deter significant investment by Western firms, making a sharp pickup in economic growth unlikely for Iran. One significant hurdle that Raisi will face is the domestic and international implications of his human rights record. He is currently subject to human rights sanctions by both the US and EU, and it remains to be seen how they will establish a functional working relationship with him on bilateral, multilateral, and other regional security issues (see IRAN: TOO MANY SPOILERS WILL PRECLUDE BIDEN’S SWIFT RETURN TO A DEAL).

Another sign that a deal could be imminent is the fact that the US has announced a drawdown of its troops it positioned in the Middle East, as a confrontational move against Iran under the presidency of Donald Trump (see IRAQ: RENEWED AND REINVIGORATED PROTESTS REFLECT A DEEPENING CRISIS). This withdrawal marks a moment of de-escalation in the tensions between the US and Iran which peaked in 2020 with the US assassination of Iranian general Qassim Soleimani. It also can be seen as a trust-building move by the US towards Iran as the negotiations on the nuclear accord head towards a conclusion.

Additionally, both Iran and the US would prefer to conclude a deal with Rouhani rather than Raisi. A deal with Rouhani would enable him to leave the presidency on a high note. While Raisi would reap the benefits, he would then inherit and be under an obligation to comply with the conditions of that deal. Any breach would likely cause the US to reimpose sanctions. Even if the US and Iran reinstate the nuclear agreement before the presidential transition in early August – a time frame assessed as optimistic – any extensions proposed to it and follow-up negotiations on non-nuclear issues with the Biden administration would probably stall.

Conversely, even if the Rouhani government and the US fail to reach an agreement before the transition, Raisi is unlikely to reject the progress made in talks. However, amid these negotiations, Iran will continue to ramp up its nuclear-related violations, development of precision ballistic missiles, and especially support for regional proxies and client militias. This will be done to create leverage aimed at pressuring the US into swiftly reinstating the JCPOA, dissuading it from expanding the agreement, probing Biden’s red lines, and in respect of the nuclear programme locking in advances, including in centrifuge development ordinarily banned under the JCPOA.