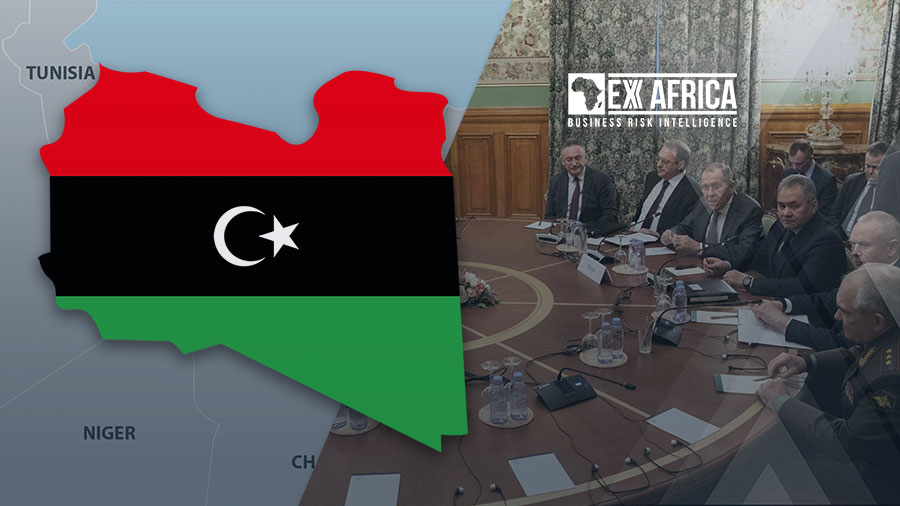 While the signing of a permanent ceasefire agreement between Libya’s warring factions has raised hopes of a gradual return to stability and full resumption of oil production, its implementation faces a range of obstacles. EXX Africa assesses the potential for the deal to hold in the coming months, as well as the outlook for Libya’s commercial sector.

On 23 October, military representatives from the internationally-recognised Government of National Accord (GNA) and Khalifa Haftar’s Libyan National Army (LNA) signed a permanent countrywide ceasefire agreement during talks held in Geneva under the auspices of the UN. The signing of the agreement potentially marks a turning point in the Libyan conflict, over 16 months after the LNA launched a major offensive on the capital, Tripoli.

In the wake of the agreement, there is widespread optimism both inside and outside of Libya. In a follow-up two-day meeting on 2 November in Ghadames, northwestern Libya, the ten representatives who make up the 5+5 Joint Military Commission (JMC) reached further agreement on a set of practical steps to implement the ceasefire agreement. Both sides are to continue working with the UN Support Mission in Libya in the coming weeks and months to set up mechanisms to monitor the ceasefire, identify armed groups to integrate into unified legitimate state security forces, and implement confidence-building measures. The JMC intends to meet again “as soon as possible” in the front-line city of Sirte. 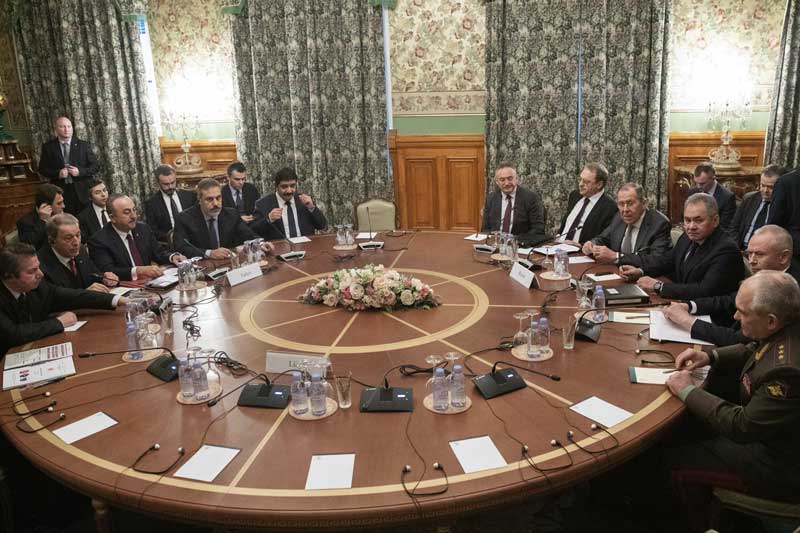 The 12-point ceasefire deal stipulates a range of conditions, including the withdrawal of all forces from front-line areas, the immediate suspension of foreign military training for both factions, and the departure from Libya of all foreign fighters and mercenaries within three months. However, the agreement is significantly lacking in detail and specificity. While the UN intends that the finer points will be worked out during follow-up negotiations and through the establishment of sub-committees, there is currently considerable room for disputes and back-tracking based on differing interpretations of the text.

The points concerning the ending of foreign military assistance and the departure of all mercenaries are likely to prove especially contentious, as neither faction yet has sufficient incentive to forego its external military support without concrete assurances against further aggression from the other. Moreover, there is as of yet no practical way to enforce the withdrawal of foreign forces from Libya. For instance, Russia claims that there is no official presence of Russian troops in Libya and that the only Russian nationals assisting the LNA are private military contractors, essentially paving the way for the Kremlin to plead that it cannot issue orders to private entities. The GNA has also indicated that it will challenge the provision by announcing on 26 October that the ceasefire agreement’s stipulations did not cover a military cooperation agreement with Turkey, and that Turkish military training programmes to GNA-aligned forces would continue irrespective.

A critical obstacle to progress on the accord could be the LNA accusation that the Tripoli-based GNA is already in breach of the ceasefire by signing new military training agreements with Turkey and Qatar. The influential GNA Interior Minister Fathi Bashagha signed a security cooperation agreement with Qatar on 26 October. The defence ministry in Tripoli has already stated, along with the Muslim Brotherhood-dominated State Council, that military collaboration with Turkey would continue regardless.

Nonetheless, despite its shortcomings, the agreement has for the time being largely re-positioned the UN-administered three-track process as Libya’s primary mediation framework, supplanting alternative independent mediation processes overseen by Russia, France, Turkey, and Egypt (see: LIBYA: TURKEY, RUSSIA, & EGYPT DICTATE DIRECTION OF CONFLICT). The UN is now pushing to maintain this momentum by expanding the gains made in the security track to the political and economic tracks, which would further marginalise efforts by other external parties to influence the future shape of Libya’s political and security landscape. For instance, following up on the progress made during multiple talks held in early September in Switzerland and Morocco, on 9 November political leaders from both sides will hold face-to-face talks in Tunisia to discuss a timetable for national elections and the task of forming a unity government. 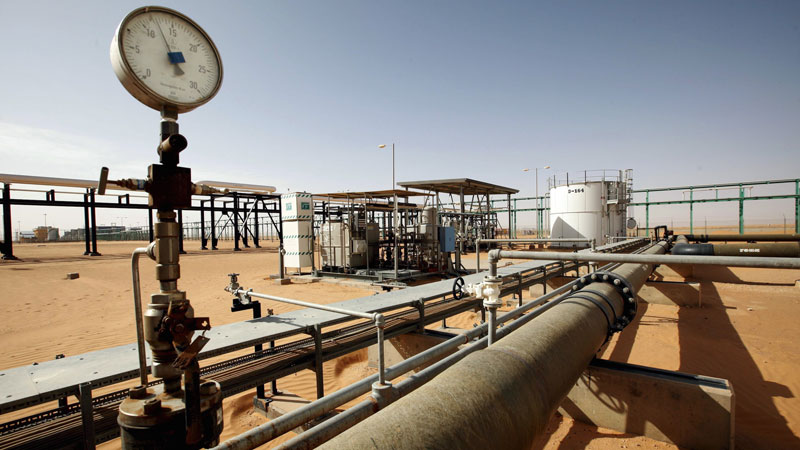 The ceasefire agreement has come about in parallel to the gradual re-opening of Libya’s oil and gas sector, which had been largely shut down by an LNA-enforced blockade since January 2020. In mid-September, a Russia-mediated agreement was reached between Haftar and GNA Deputy Prime Minister Ahmed Maiteeq to re-open several oil and gas sites against the backdrop of widespread civil unrest which emerged across Libya in August and September, largely in response to sustained electricity outages and fuel shortages resulting from the blockade.

Since this point, the sector has undergone a considerable recovery. As at 26 October, the National Oil Corporation (NOC) confirmed that production at both the Sharara oil field, as well as the neighbouring El Feel field, had been fully restored following an agreement reached earlier in the month with the Petroleum Facilities Guard (PFG) stationed at the Sharara field. Furthermore, on 23 October, the force majeure was lifted on the Es Sider and Las Ranuf oil terminals, and the NOC has since verified that all foreign forces have left both ports. With the lifting of the force majeure and resumption of operations at these sites, by the start of November Libya’s output had climbed to over 830,000 barrels per day. It is expected to reach 1 million b/d by the end of November if there are no further stoppages.

Haftar attempts to re-assert himself 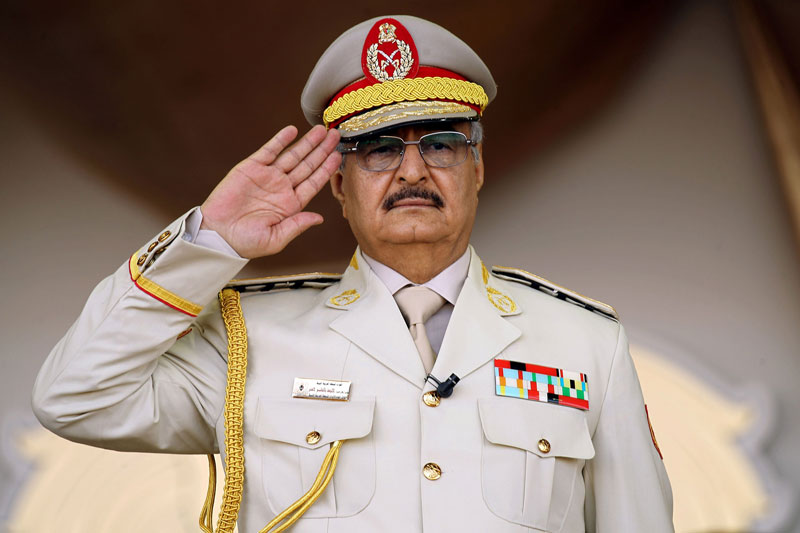 After his failed offensive on Tripoli, Haftar has been increasingly marginalised on account of his volatility and unwillingness to compromise. Having perceived this, the lifting of the oil blockade was a way for Haftar to reshape the narrative surrounding himself by presenting himself as receptive to Libya’s broader social and economic issues, as well as demonstrating his willingness to engage in dialogue and reach agreement. Not least, the lifting of the blockade also secured a set of practical concessions for Haftar – foremost amongst which is the establishment of a mechanism to guarantee the equal distribution of oil and gas revenues by the Central Bank of Libya.

It is not clear that this move will be sufficient to re-insert Haftar into the various ongoing negotiation processes, as his position as the foremost representative of Libya’s eastern political bloc has largely been superseded by Aguila Saleh, the President of the eastern House of Representatives. Saleh’s role in this regard is likely to be further cemented in the upcoming political track negotiations. As such, Haftar is likely to face ongoing challenges to his position from within his own faction, which is likely to prompt the military leader to continue to seek new ways to assert his relevance in the coming months. 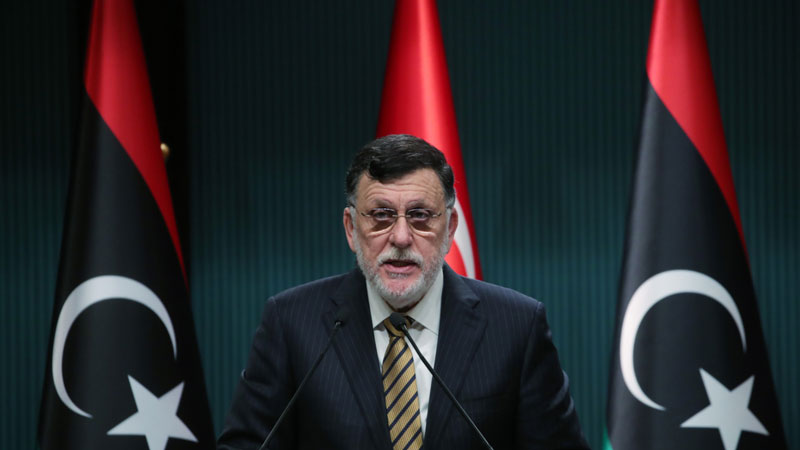 In the wake of the agreement, internal divisions within both factions have become more pronounced, threatening to give way to political infighting which may ultimately undermine the ceasefire deal itself. In large part, these divisions have manifested in a backlash against the agreement’s lack of representativeness. In addressing the security track first, the agreement recognises the critical role of the country’s military actors in opening the door to any kind of political progress. However, the JMC’s format places emphasis on the top echelons of military leadership while effectively discounting the influence of mid- and low-level militia commanders, who hold significant autonomy. Moreover, a number of different municipalities and communities, including the Amazigh people, have denounced the ceasefire on the basis that they have not been represented.

The GNA in particular faces a considerable challenge in unifying the west to support the agreement amidst widespread distrust of Haftar, which has intensified following the recent emergence of evidence of alleged LNA atrocities following Haftar’s forces withdrawal from Tripoli. Since June, hundreds of bodies have been reportedly discovered in mass graves to the south of Tripoli and in Tarhuna. Demands from anti-Haftar factions to hold the warlord and his forces accountable have the potential to undermine both the ceasefire agreement as well as future talks if not adequately addressed. For instance, the 75 Libyan participants of the UN-administered political track, the Libyan Political Dialogue Forum, do not include representatives from Tarhuna. This raises the potential for ‘excluded’ parties and those that perceive their interests to be threatened to act as spoilers.

In an apparent effort to limit political infighting, GNA President Fayez Al-Sarraj retracted his decision to resign following the Geneva dialogue process which was announced in mid-September, expressing that he intends to stay on in the position until the conclusion of inter-Libyan talks and the formation of a new presidential council. This decision was likely made with the expectation that Serraj’s resignation would trigger a power struggle within the GNA. This is likely to provide some stability to the GNA in the coming months and some continuity to the negotiation process. 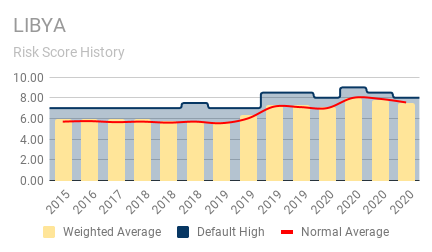 The signing of the ceasefire agreement will likely forestall further direct conflict in the immediate term. According to the recent implementation agreement formulated by the JMC in Ghadames, forces on both sides are to shortly withdraw from Sirte and Jufra. If this process goes ahead as intended, it will mark a significant de-escalation, and provide more room for both sides to approach the agreement’s other conditions. Moreover, progress in the UN’s security track is likely to spill over to some extent into the economic and political tracks, although without adequately addressing the aforementioned issues of representation the ground will be cleared for spoilers to hamstring the process.

Nonetheless, in the longer term, the durability of the ceasefire agreement is doubtful. Specifically, it remains unclear to what extent the various international actors engaged in Libya will back the agreement, given that it challenges several of their key interests. For instance, the formation of a unity government may result in the suspension of the November 2019 maritime border agreement between Turkey and the GNA. Turkish President Recep Tayyip Erdoğan has correspondingly stated that the deal cannot be implemented, signalling his disapproval and suggesting that Turkey will not support the agreement or the UN-administered talks. That Turkey, France, Egypt. and Russia have all continued to show signs that they intend to press forward with their own mediation processes in competition with the UN-administered framework is also discouraging.

As such, without sufficient additional incentives, foreign forces in Libya are unlikely to withdraw simply because the agreement calls for it. For as long as these forces remain on the ground, the durability of the ceasefire will be in large part dependent on actors external to Libya. Should this sustained foreign military or mercenary presence extend beyond the next three months, this will furthermore undermine the agreement by providing opportunities for each side to accuse the other of violations and back-track on their own commitments. Such an outcome would likely stall progress in the UN-administered economic and political tracks, while threatening to collapse the ceasefire and effect a return to the stalemate of the last months.

On the commercial front, in the short-term the oil and gas sector is likely to remain vulnerable to intermittent disruptions stemming from military-enforced shut-downs and blockades of individual sites. There is also little certainty that the LNA’s wider oil blockade will not be reinstated in the near future, given that the Haftar-Maiteeq agreement has been viewed extremely critically in the west and there is resistance inside the GNA to implementing Haftar’s proposed revenue-sharing mechanism. Moreover, the conditions which accompanied the agreement also lay the groundwork for its renewal from Haftar’s side. Should he again feel sufficiently threatened or marginalised, the condition that revenues “will not be used to support terrorism” provides ample room for Haftar to justify reinstating the blockade by labelling any GNA-aligned militias as ‘terrorists.’

Libyan citizens have greeted the ceasefire with hope. As well as wanting peace they feel threatened by the pandemic and plummeting standards of living. As of 1 November, 62,907 Libyans had been infected, 880 had died and new infections are rising at around 1,000 a day. The country’s medical services, weak even before the 2011 revolution, cannot cope. Many Libyan lives depend on ending the conflict.