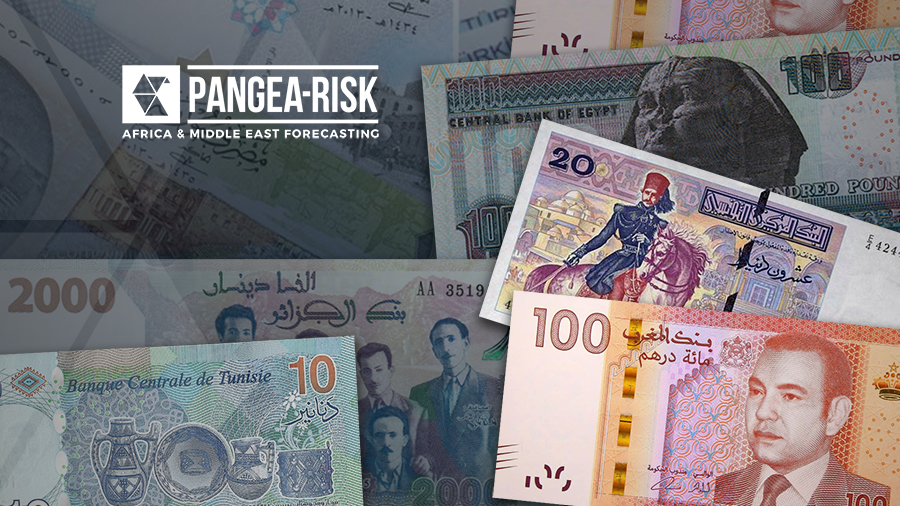 The region’s notable resilience in 2020, despite the difficult economic environment, indicates that the banking sector outlook for North African banks is likely to remain stable for 2021, due to an anticipated gradual normalisation with business volumes and growth in revenues. However, a return to pre-pandemic performance levels remains uncertain and results are likely to remain varied, at least for the coming 12 months.

The COVID-19 crisis very severely impacted North African economies in 2020. For the first time in decades, the majority of the region experienced a recession. However, the financial sector has by some means withstood this crisis better than the previous crises, particularly the financial crisis of 2007-2008. Most financial firms in North Africa have managed to survive the pandemic so far, due to a more robust capital base and higher liquidity levels than before. Year-end data for Morocco, Egypt, and Algeria show mixed results for the North African region on the back of the pandemic in 2020. Credit and deposit growth remained positive throughout the region; however, both decelerated significantly in Algeria. In Egypt, conversely, state involvement in the banking sector drove a dramatic increase in credit and deposits.

However, bank performance levels are now deeply tied to the health of the regional and global economy more than ever, and the outlook for these areas of the economy is still quite uncertain. Local demand is still relatively flat, interest rates are low and, potentially, there will be less government aid. Consequently, these factors will create challenges for the sector over the coming months.

PANGEA-RISK takes a look at the North African banking sector, the state banks’ non-performing loans, and asset quality in the context of the region’s economic recovery. 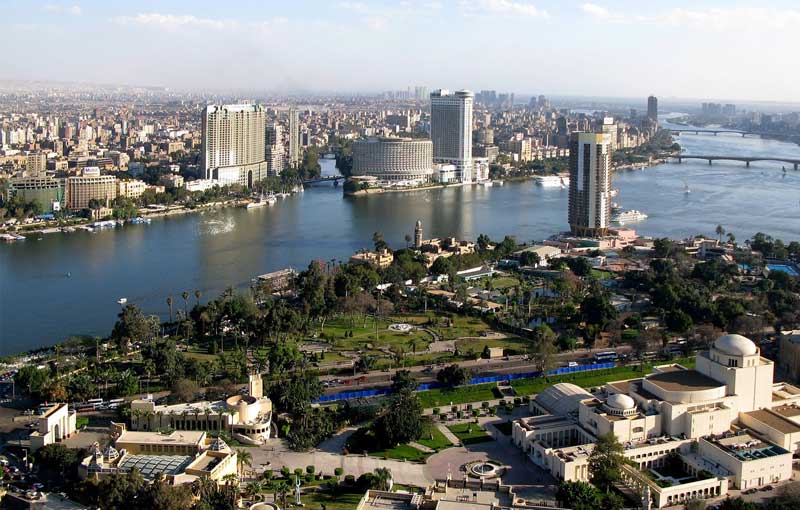 The positive credit growth rates reported by North African banking sectors for 2020 were better than the deleveraging that was initially anticipated. Credit growth was propped up by government support measures for much of 2020 and into 2021 in some countries. In Egypt, credit growth reached 31.9 percent at the end of 2020, compared with 4.2 percent in 2019. Furthermore, sovereign debt holdings increased more rapidly than banking-sector asset growth, and total exposure to the government, including through sovereign debt holdings, loans to the government, and loans to state-owned enterprises (SOEs) reached 52 percent of total assets. This compares with the total exposure of 45 percent of total assets as of end-2019. On the funding side, government deposits helped to propel a headline deposit growth of 22.6 percent in 2020 (over double the growth rate in 2019), with government deposits increasing by 34.4 percent.

Similarly, Algerian bank lending is highly concentrated in lending to SOEs, at 51 percent of total banking-sector loans. Lending to SOEs is highest at state-owned banks, which account for 99.8 percent of loans to the public sector, producing related-party lending risks. In Morocco, contractions in lending to services and SOEs continued from 2019 to drive the slowdown in headline credit growth. Although Tunisia’s fourth-quarter data have not been released, lending resurged in the third quarter before the government renewed the loan moratorium in December 2020. Forecasts indicate that credit growth increased in 2020, reaching 8 percent compared with 3.9 percent in 2019.

However, Morocco’s external resilience is also underpinned by the country’s comfortable foreign reserves and improved exchange-rate flexibility. Foreign reserves are set to increase slowly in 2021 and 2022 after peaking to USD 32.2 billion at the end-2020 from USD 25.3 billion in 2019. The government will also likely seek a successor Precautionary and Liquidity Line with the IMF, which would offer a safety net in case of external liquidity tensions. 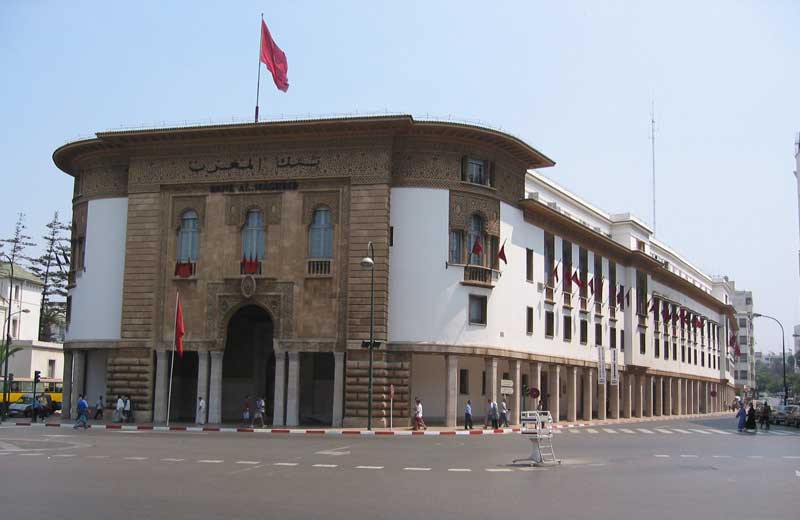 Additionally, non-performing loans (NPL) have begun to accumulate despite extensive forbearance measures in place in the region. In Egypt, the NPL ratio decreased in the first three quarters of 2020, before a slight uptick in the final quarter of the year. Notably, amid the credit boom of 2020, the stock of NPLs increased significantly, although the ratio remained relatively steady as a result of the base effects of rapid credit growth. In Morocco, the NPL ratio increased by slightly less than 1 percentage point, reaching 8.4 percent at the end of 2020. Notably, there are still loan moratoria in place in Algeria and Tunisia, preventing the full materialisation of credit risks on banks’ balance sheets. Additionally, pre-existing forbearance measures, particularly for tourism-sector lending, in place in Egypt and Morocco indicate that NPL ratios do not accurately represent the full extent of asset-quality deterioration.

Despite NPL carve-outs, Algerian banks still maintain a higher NPL ratio than most regional peers. Notably, however, direct lending to COVID-vulnerable sectors such as services (including tourism and transportation) is expected to be much lower in Algeria than in other countries such as Egypt, where services lending represents 24 percent of the banking sector total loans.

The pandemic shock caused a deterioration in the sector’s asset quality; however, the ensuing risks for bank solvency are still deemed manageable and material sovereign support to banks is not expected over the coming two years.

A reasonable decline in profitability and a rise in value of threat was noticed as banks began to put aside provisions to arrange for asset deterioration. Throughout the region, central banks injected liquidity and requested their banks to offer sponsored loans to corporates sectors to protect their international locations’ productive capability. Additionally, they requested banks to not shift exposures to nonperforming classes except in case of evident risk to survivability. Since governments are likely to start lifting these measures over the coming quarters, asset high-quality deterioration in all of those international locations is likely over the next 12 months, as debtors face uncertainty on their debt-servicing capability. The already low debt-payment capability, as demonstrated by the low GDP per capita, will exacerbate the risks. Conversely, family indebtedness is assessed to stay limited in most countries as opposed to different emerging markets.

Tunisian banks assets are expected to be hit hardest, as they entered the pandemic in a more susceptible position. Their risks are exacerbated by an already weaker asset quality (with an entrenched legacy exposure on NPLs from the tourism trade), greater company debt, and fragile financial environment, and the threats of rising social and political uncertainties.

Similarly, in Morocco, risks are heightened by a sector over-reliance, given the architecture of the economy. For Moroccan banks, exposure to the remainder of Africa is one other threat stream that can result in additional impairments, notably in international locations with restricted stimulus measures. The banking sector’s capitalisation ratio is assessed as low relative to risks from the concentration of the loan portfolio and the regional expansion of banks. 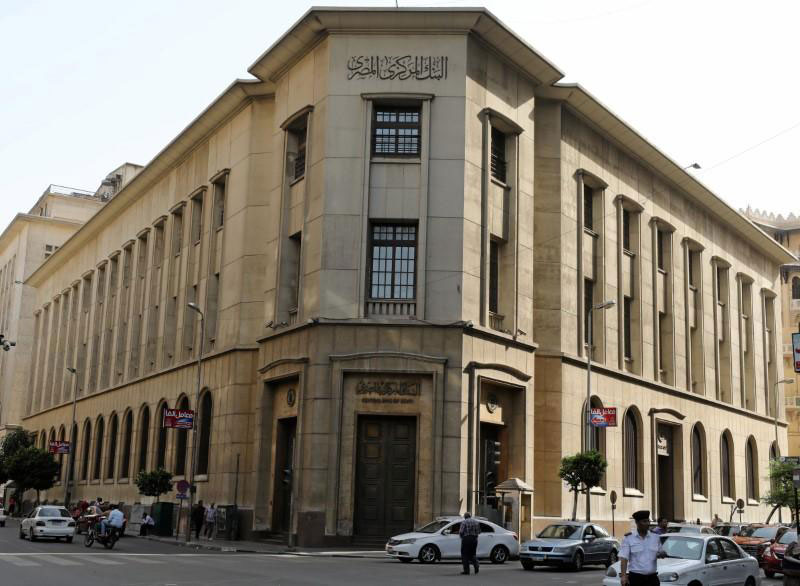 Profitability will stay depressed in 2021 and can expect to begin to improve solely from 2022 for many banks. The trajectory of banks’ restoration, nevertheless, will likely be extremely dependent on several elements, together with the evolution of the pandemic within the subsequent months. Funding and liquidity will remain broadly stable. Banks are generally more liquid due to slower loan growth and risk aversion. Algeria and Tunisia are expected to be more vulnerable to the COVID-19-virus-related downturn in the short term than their peers in North Africa. This is a result of previously elevated NPL ratios, low levels of provisioning, and overstated capital buffers. Foreign-currency liquidity risks have not materialised, particularly in Algeria but present a significant risk to banks’ ratings.

Regional banking sectors will likely hold back on lending in 2021 as COVID-19-virus-related damages compound pre-existing elevated NPLs in several banking sectors. Given that lingering forbearance measures were in place before the COVID-19 shock, risks may take an extended period to accumulate on banks’ balance sheets.

Asset quality is expected to deteriorate faster in 2021 and beyond due to the lag effect of the pandemic on households and business, combined with the expiry of temporary debt-relief measures. The most likely scenario is the active restructuring of large corporate loans preventing a sharper hike in impaired loans. Such flexibility will not be afforded to consumer and SME loans and these segments will drive higher impaired loans over the longer term. Impaired loan ratios could head towards low double digits in some countries, particularly in Morocco. A still healthy revenue generation capability will likely see most banks in the region remain profitable despite large credit losses. The rebuilding of earnings will be slower for Tunisian banks.

Separately, financial institutions are likely to play a vital role in the economic recovery of the majority of countries in the region. There will be significant financing needs going forward. Some estimate that financial needs could reach USD 290 billion between now and 2023 and only about half of this amount will be covered by private capital. As a result, international financial institutions and bilateral donors are likely to step up to provide support, which will likely meet a quarter of the total need. But even with their help, that leaves a gap of tens of billions of dollars. 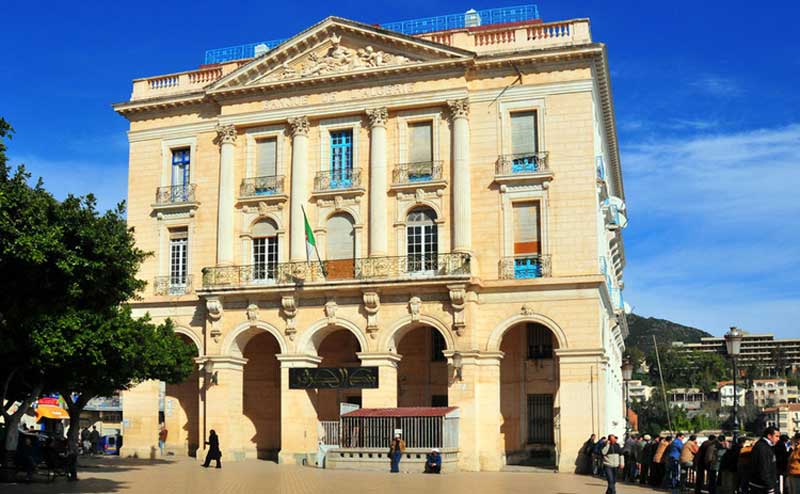 The sector outlook for North African banks is stable for 2021 as they see a gradual normalisation with business volumes and revenues picking up. Threats to operating conditions persist, however, as economic recovery is fragile and prone to setbacks. For instance, sovereign downgrades would likely trigger bank downgrades due to the influence of the sovereign’s creditworthiness on the risk of banking in the region.

Government deposit drawdown is the biggest liquidity risk to Algerian banks. With deposits from SOEs and the government representing 43 percent of total deposits, banks are heavily reliant on the government for funding. Additionally, the domestic deposit insurance scheme does not provide reliable insurance against depositor losses, with the International Monetary Fund (IMF) reporting that customers have not been repaid following bank closures in 2003. As such, financial firms assess that Algeria would be at a higher risk of sudden deposit withdrawals if a loss of confidence in the banking sector were to occur.

Some of this risk to banks is mitigated by government guarantees on bank loans to SOEs that exceed 25 percent of a bank’s capital base and are used for project financing. According to the IMF, SOEs are concentrated in the oil and gas, construction, and tourism sectors. Although the more optimistic oil-price outlook as of mid-March 2021 signals improvement in the oil and gas sector, construction and tourism are likely to be slow to recover from the global COVID-19-virus pandemic, driving increased credit risk for public banks.

Egypt’s banks are also highly exposed to the sovereign, with nearly 45 percent of bank lending going out to the government, and this has increased throughout the pandemic. Egypt’s banks could face further pressure on net income in 2021 due to the lower interest rate environment and a potential rise in bad loans when the Central Bank of Egypt (CBE) lifts support measures it introduced at the onset of the pandemic. So far, loan quality has remained stable. Non-performing loans held on bank balance sheets were little changed during the pandemic, remaining at an industry average of 3.4 percent at the end of the third quarter in 2020 thanks to the CBE’s interest rate cuts and its debt relief initiative.

But this could change when emergency stimulus measures are drawn down. The ratio of bad loans is expected to rise to 4 percent by the end of 2021 as CBE ends its measures to support borrowers. Egyptian Banks last year set aside billions on their balance sheets in the form of provisions against the possibility that COVID-19 would force more borrowers to default on loans, which played a key role in a 20 percent drop in profits during the first half of 2020.

The rising bad loans are not expected to lead to capital erosion for Egypt, but capitalisation remains a credit weakness given banks’ high exposure to the sovereign and large individual obligors. Additionally, foreign exchange liquidity is also exposed to external shocks. The sector’s net foreign assets dropped by 45 percent month on month at the beginning of the pandemic in 2020, when banks made dollars available to foreign investors who pulled USD 18 billion out of the country in a single month during the global selloff. Their positions have been recovering steadily since then but remain susceptible to capital outflows.