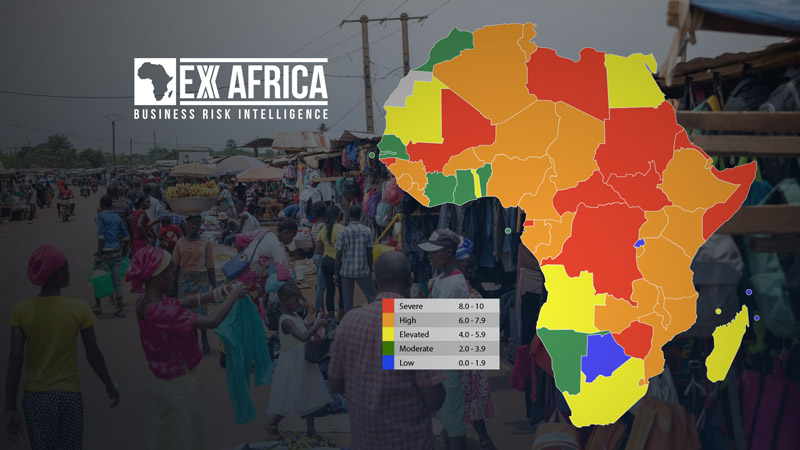 In less than six months, Africa is scheduled to launch the world’s largest free trade area, bringing together an estimated 1.2 billion people from states with a combined GDP of around USD 3 trillion. EXX Africa examines the progress to date in reaching the agreement and the opportunities and challenges associated with launching this milestone.

The creation of the African Continental Free trade Agreement (AfCFTA) is a flagship project of the African Union (AU) and its Agenda 2063, as it is earmarked as one of the initiatives through which the continent can accelerate growth, development, and integration over the next 50 years. Using the eight established regional economic communities (RECs) as building blocks, the AfCFTA aims to create a single continental market for goods, services, and free movement of persons.

It intends to use intra-African trade as an engine of growth, contributing to sustainable development and facilitating industrialisation through diversification and the development of regional value. The AfCFTA is not a standalone initiative but is meant to be supported by the other programmes of the Agenda 2063, which focus on infrastructure development, industrial development, trade, agriculture, and others.

With trading under the AfCFTA scheduled to begin on 1 July 2020, all eyes are on this particular initiative for now. Our latest analysis briefing looks at the status of the agreement as we pass the six month countdown, and the opportunities and challenges facing the AfCFTA once it is launched. EXX Africa’s 2020 risk outlook report earlier in January listed the implementation of the landmark trade deal as the continent’s primary driver of risk and opportunity for the year ahead, and beyond (See SPECIAL REPORT: AFRICAN ‘WINNERS AND LOSERS’ IN 2020).

Where are we with the AfCFTA? 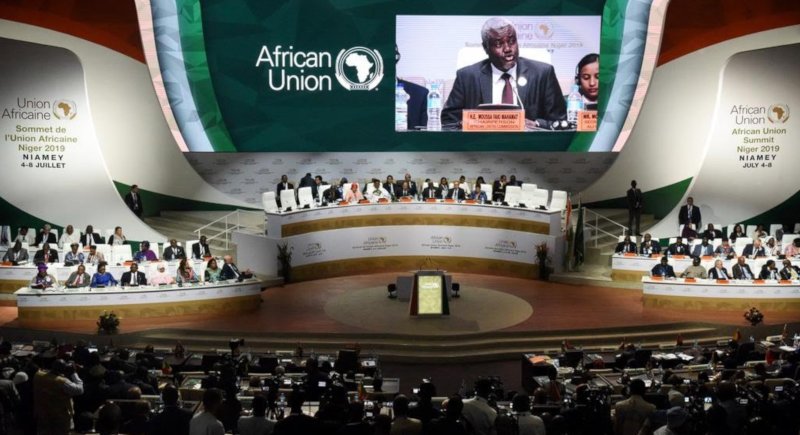 EXTRAORDINARY AFCFTA SUMMIT IN NIGER IN 2019

On 7 July 2020, at an Extraordinary Summit of the AU in Niger, the operational phase of the AfCFTA was launched with trading under the agreement earmarked to begin on 1 July 2020. It was also decided at the summit that the AfCFTA secretariat would be hosted in Ghana and that it should be operational by 31 March 2020.

As of January 2020, all countries in Africa had signed onto the AfCFTA (with the exception of Eritrea) and 29 states had ratified it.

Phase I and II of negotiations

Over the course of last year, progress was made in terms of the so-called ‘Phase I’ of negotiations of the agreement. This phase focused on negotiations around the protocols for trade in goods, trade in services, and dispute settlement procedures; however, at the time of writing, much still remains to be negotiated in Phase I, including schedules of tariff concessions, rules of origin, and specific commitments in services.

Phase II negotiations are also outstanding and are proceeding this year. This phase will focus on the protocols on competition policy, intellectual property and investment. Draft texts for the Phase II protocols are expected by the end of January, with all negotiations earmarked for completion by June.

It is worth noting that the AfcFTA is to be supported by five instruments, namely: (i) the rules of origin determining which goods qualify for preferential market access under the AfCFTA; (ii) a unified digital payment system; (iii) an online negotiating forum for listing products and tariffs; (iv) a system for the monitoring and elimination of non-tariff barriers (NTBs), and (v) an African Trade Observatory.

What are the opportunities? 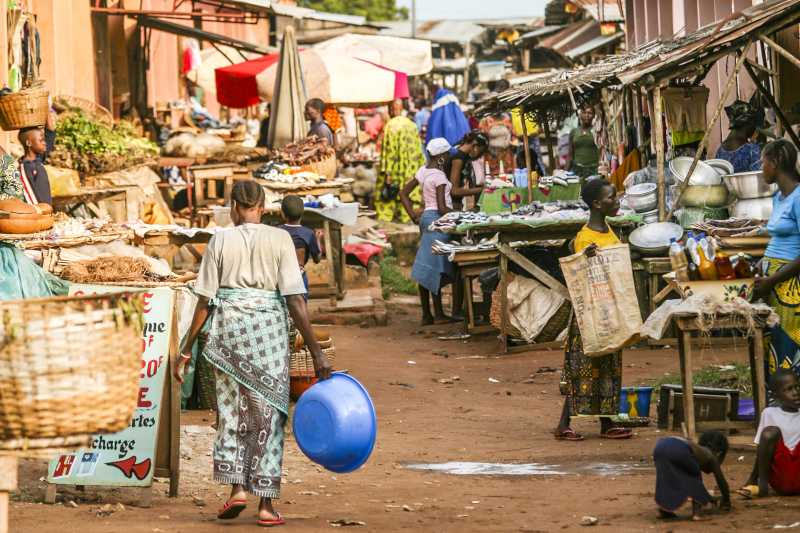 The combined market opportunity presented by the AfCFTA is significant. The agreement is expected to remove tariff barriers on up to 90 percent of goods traded between African products. It will bring together all 55 AU member states (assuming Eritrea signs on), making it the world’s largest free trade area. This market alone will comprise more than 1.2 billion people – of which most are below the age of 30 – from states with a combined GDP of around USD 3 trillion. Moreover, this market size is estimated to grow to 1.7 billion people by 2030, with a middle class target market of 600 million.

The biggest opportunity naturally rests with African companies who will be able to enter new markets, boosting currently low-levels of intra-regional trade and integration. Intra-regional trade in Africa, for example, represented less than 20 of total trade in 2016, compared with 62 percent in the European Union and 23 percent in the Association of Southeast Asian Nations. What is promising is that such intra-African trade primarily consists of manufactured and agricultural products, which are sectors that are widely considered as scalable, in terms of volume and value. Moreover, the AfCFTA is expected to boost intra-African trade of extractables as well, which currently only account for 31 percent of intra-Africa trade compared with 66 percent of extra-African trade.

It is worth noting here that while it is widely cited that the AfCFTA will lead to a 52.3 percent growth in intra-African trade by 2022, this figure is based on several assumptions/milestones outlined in 2012 that have yet to materialise. On the contrary, the UN Economic Commission for Africa has predicted an increase in intra-African trade of up to 25 percent by 2040, which is more likely.

In addition to an increase in trade, the United Nations Conference on Trade and Development notes that AfCFTA will provide opportunities for value addition with the production of final or intermediate goods, for innovation and increased productivity through responses to the new competition offered by the open market, and for joint ventures with foreign companies looking for reliable partners in Africa. Combined, the AfCFTA is expected to contribute significantly to GDP and employment opportunities across the continent.

Looking more broadly, the International Monetary Fund (IMF) further estimates that under the AfCFTA, Africa’s expanded and more efficient goods and labour markets will significantly increase the continent’s overall ranking on the global competitiveness index. This potential change is welcome, as in 2019, only two Sub-Saharan African economies ranked in the top 50 on the ease of doing business rankings while most of the bottom 20 economies in the global rankings were from the region.

What are the concerns and challenges? 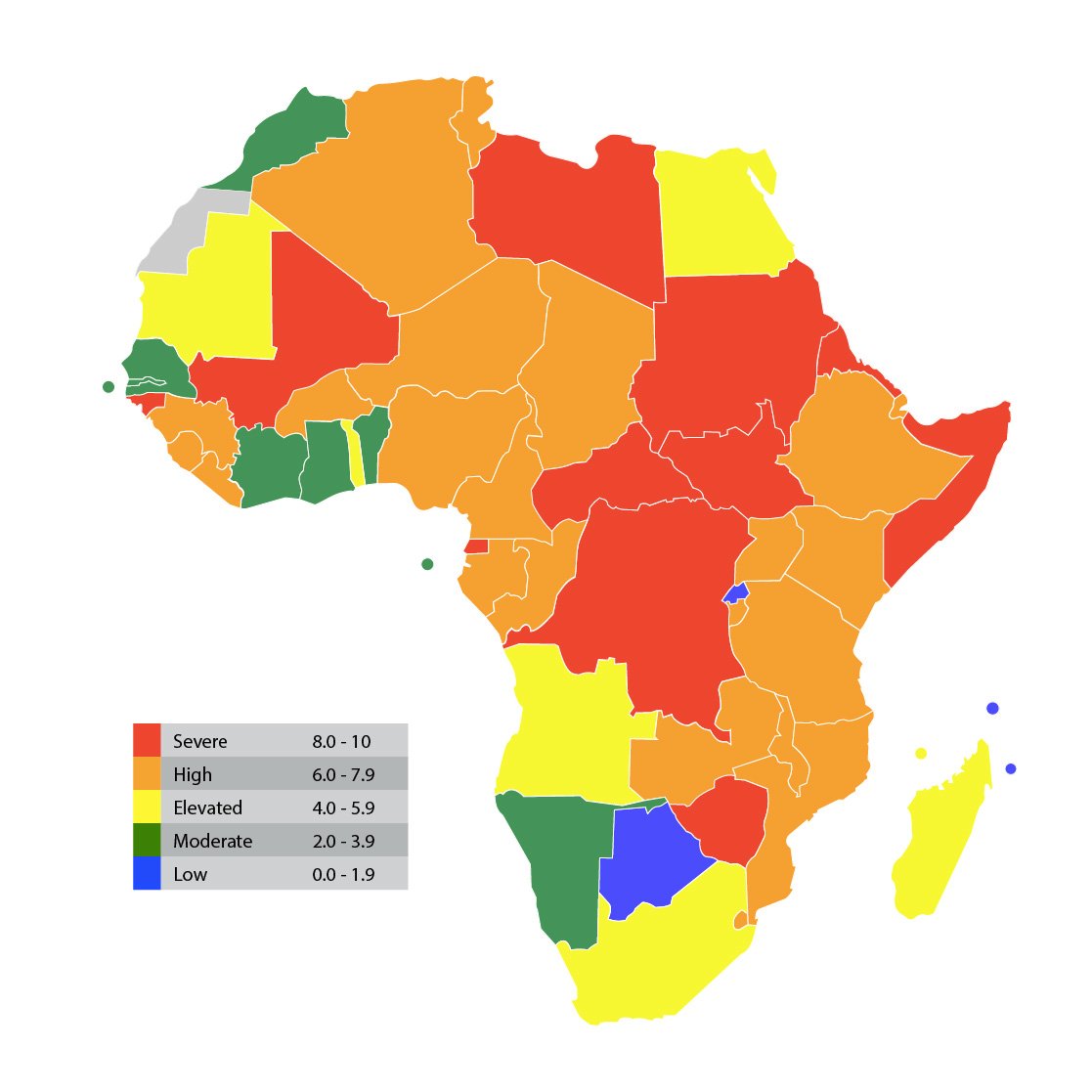 While the benefits of the AfCFTA are significant, they will not be distributed evenly across the continent. In this regard, the largest economies– namely South Africa, Nigeria, Kenya, and Egypt – are expected to benefit the most from the launch of the free trade area given the vast differences between these heavyweights and the rest of the continent in terms of sophistication of markets, access to education and skills, institutional capacity, cost of intellectual property (IP) registration, and even availability and diversity of products.

In terms of IP registration, the cost of patent registration varies significantly across the continent. It is much cheaper to register a patent in South Africa compared to Côte d’Ivoire or Senegal for example. Similarly, product and service diversification is also lacking. In this regard, the vast natural resource abundance of many African markets has induced them to specialise in commodities that they can realistically only sell to the rest of the continent in limited quantities, hindering the prospects for intra-regional trade despite open borders.

These differences may therefore lead the AfCFTA to hinder growth, at least in the short term. Indeed, it is argued that the agreement may actually exacerbate income disparity across the continent and contribute to lower economic growth, poor working conditions, jobs losses, and environmental degradation, as companies race to the bottom to compete or are simply pushed out of the market.

The full potential of the AfCFTA will also be limited by nontariff barriers (NTBs), particularly trade logistics and a lack of quality infrastructure. Paved roads especially are limited compared to the size of the continent. In African low-income countries, for example, there are 318 metres of paved road per 1,000 population, compared to 1,000 metres per 1,000 population on average in the developing world. Kinshasa, for example, has just 63 metres of paved road per 1,000 inhabitants. Yet, roads are the main mode of transport, carrying some 80 percent of goods and 90 percent of passengers. 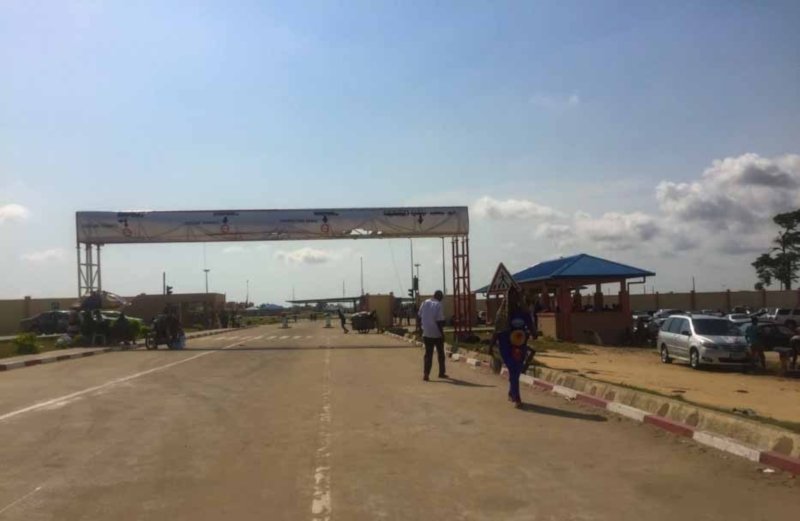 The railroad infrastructure is also insufficient, outdated and badly maintained while most of Africa’s ports also suffer from poor infrastructure, insufficient capacity, and inadequate connectivity. Apart from poor transport infrastructure, other NTBs include security blockades, customs clearances, excessive border bureaucracy and petty corruption that have held back growth and integration for decades.

Moreover, the AfCFTA will always be vulnerable to the unilateral actions of sovereign member states that go against the ethos of the agreement. This was demonstrated last year when Nigeria decided to block imports of a long list of products from neighbouring Benin, Niger, and Cameroon—including foods such as live poultry, pork, beef, refined vegetable oils and fats, and sugar, as well as many other items ranging from medications to used cars. It is worth noting that Nigeria did not formally notify its regional partners of its restrictions as required by Economic Community of West African States (ECOWAS) trade rules at the time, and its actions therefore contravened an agreement that guarantees free movement between the 15 ECOWAS members.

Similar actions under the AfCFTA are not unlikely, as border closures and delays are common during elections, unexpected changes in power, security crises, or even as a result of poor bilateral relations. In 2019, closures were also witnessed between Rwanda and Uganda, Ethiopia and Eritrea, Sudan and Chad, and Mozambique and South Africa, demonstrating the prevalence of such actions across the continent (See: SPECIAL FEATURE: SUPPLY CHAIN RISK IN AFRICA).

The launch of the AfCFTA is a desired and necessary step taken by member states of the AU to address the historically low levels of economic and social development evident across much of the continent. However, while the opportunities inherent to the agreement are significant, the full potential of the AfCFTA will not materialise unless the other initiatives of the AU are realised as well – particularly its initiatives around infrastructure – and member states adhere to the ethos of the agreement.

With timelines extending to 2063, the AfCFTA is just one of the first steps in achieving the vision encompassed in an ‘Africa We Want’. Traders and investors are equally encouraged to adopt long-term timelines, as the agreement is naturally expected to face numerous hiccups and even result in adverse consequences once trading begins on 1 July 2020. Unilateral actions by member states will also always pose a threat.

Sources from institutions involved in the launch of the agreement have nevertheless acknowledged these setbacks that are likely to materialise in the short to medium term but have also affirmed that it is full steam ahead to trading halfway through this year.