Investor optimism in African mining is gradually recovering as indicated by companies’ growing exploration budgets. However, some of the continent’s most important mining countries are frustrating investments through arbitrary changes to taxation regimes and imposing politically motivated fines.

However, African mining remains exposed to various significant challenges that will determine the sector’s operating risk climate in 2019. In this compact report, EXX Africa identifies the top risks facing the mining sector in Africa this year and puts the spotlight on some of the countries where political and security risks remain a substantial obstacle to investment.

EXX Africa has developed a unique risk scoring system for 54 African countries to compare and contrast the business operating climates across the continent. The country risk numeration is a crucial aspect of our analysis and forecasting methodology.

The below Risk Map identifies the top ten African mining countries in terms of mineral value and their respective risk outlook. 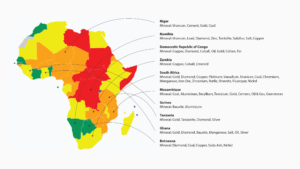 KEY POLITICAL AND SECURITY RISKS IN 2019

EXX Africa has identified the top risks facing the African mining sector in 2019. Almost all of the continent’s mining countries are affected by some form of political risk, which is further explained in the table below. The risk of taxation changes and contract frustration are by far the most prominent threats facing African mining, as outlined in the below Country Risk Spotlight section. 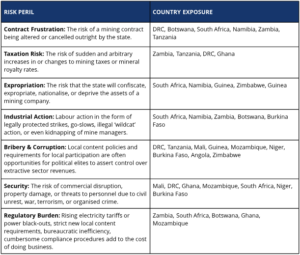 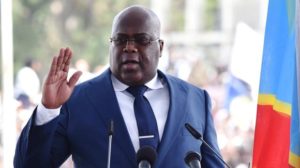 There will be great pressure from mining companies on newly inaugurated President Félix Tshisekedi to amend the changes to the mining code that were implemented by former president Joseph Kabila. Indeed, a suspected power-sharing agreement between Kabila and Tshisekedi may dilute some of the former administration’s controversial policies, such as recent revisions in the mining code. The new code has increased royalties on cobalt – for which the DRC accounts for as much as 60 percent of the global supply – from 2 percent to 10 percent. Another significant amendment is the imposition of a 50 percent tax on windfall profits – defined as income that is realised when commodity prices increase by more than 25 percent of the figure denoted in a mining project’s bankable feasibility study. The mining companies, which are united in the ‘G7’ lobby group, are likely to apply new pressure on the government to ensure a review of the mining code revisions. We assess that mining companies’ concerns will be treated on a ‘case-by-case basis’. 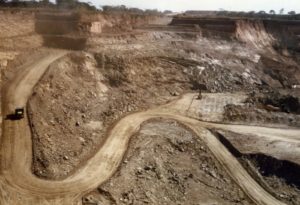 Zambia’s new tax regime is causing smelters to close and motivating mining companies to lay off workers and scrap investment plans. Worse is to come as a harmful new sales tax is due to take effect, while massive VAT rebate arrears are arbitrarily written off. The new tax code increases the country’s sliding scale for royalties of 4 to 6 percent by 1.5 percentage points, introduces a fourth tier rate at 10 percent when the copper price exceeds USD 7,500 per tonne, and makes royalties on minerals non-deductible for tax purposes. The response from the country’s mining sector has been highly critical. Mining companies complain that the higher mineral royalties will cease to be deductible from corporate income tax, thus hurting profitability. The impact of the new sales tax in April will be even more damaging for the mining sector. Industry group, the Chamber of Mines, has forecast that copper output will be flat this year and will start declining from 2020 as a result of the tax increases. 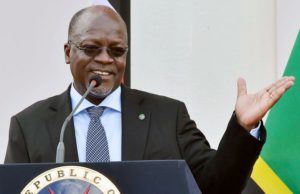 President John Magufuli’s belligerent stance against foreign-owned firms operating in the country has been prominently manifested in the important mining sector. Most notably, Tanzania’s foremost gold mining entity, Acacia Mining, has been accused of evading tax over the past two decades. Consequently, Magufuli’s administration is seeking an estimated USD 190 billion in reparations from Acacia coffers, which have already been reduced following Tanzania’s imposition of an export ban of mineral concentrates – a key revenue generating activity for the mining firm. To put that figure into perspective, according to a report by Quartz, the amount represents approximately 40 times Acacia’s total revenue for 2016, nearly two centuries worth of revenue, and is roughly four times the size of Tanzania’s GDP for 2016. Precedent suggests that the legal measures may be an extension of the administration’s antagonism to foreign-owned firms, which is seemingly based on ideological leanings and a bid to extract the greatest possible financial concessions. Already, the erratic policy environment and growing authoritarianism have seen investors lose favour with Tanzania. 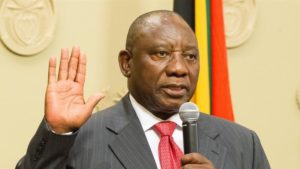 Low expenditure on exploration indicates a troubled South African outlook for its mining sector. Central to investor concerns is the ongoing amendment of the mining legislation. The latest 2018 Mining Charter, despite being an improvement on previous versions, still raises considerable fears in relation to the carried interest of communities and employees, as well the distribution of black economic empowerment in specific percentages. The Charter allows mining companies who complied with a 26 percent empowerment stipulation in the previous version to enjoy empowered status even if their empowerment partner has exited their investment in the company. Investors are also concerned by rising costs of mining, as employee costs are rising above inflation. Bulk commodities such as iron ore, coal, manganese, and chrome are performing fairly well. However, precious metals like platinum are struggling. Investors will look to President Cyril Ramaphosa and Mineral Resources Minister Gwede Mantashe to restore some optimism about the future of the South African mining industry at the Mining Indaba.