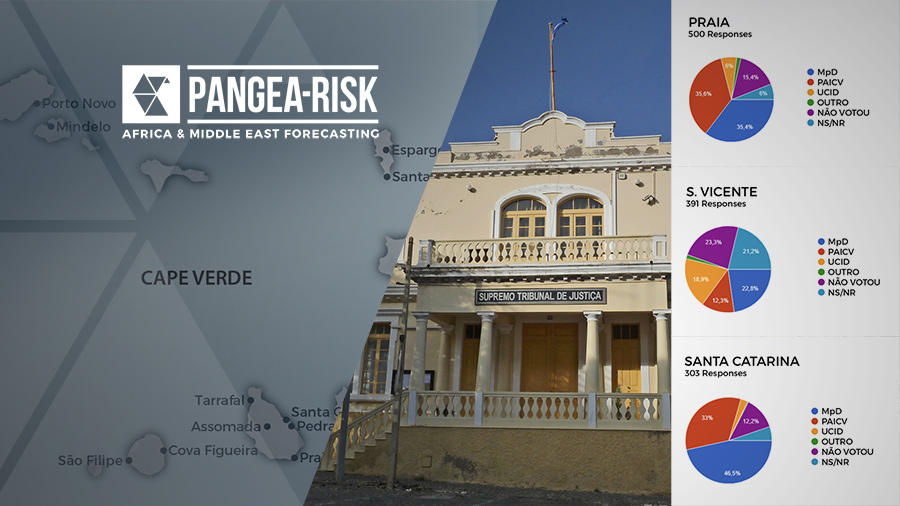 The protracted legal battle in Cape Verde’s courts over the controversial extradition of diplomat Alex Saab to the US has made most Cape Verdeans question the credibility of their own judiciary and even the independence of their own government. The domestic fall-out over the Saab case may also have cost the government significant political support ahead of the October presidential elections, even though its governing record on other matters has been relatively well-supported.

In a public opinion survey conducted in Cape Verde by polling company Eduíno Santos, which was published in September 2021, most Cape Verdeans believe that Alex Saab’s diplomatic immunity and other legal rights were violated by their own government and courts. The poll results are considered credible due to the sizable sample of people surveyed across gender, age groups, and in Cape Verde’s three largest cities, where political opinions often differ. The poll results could also be partially verified based on voting patterns in the country’s recent elections.

The Eduíno Santos survey is therefore a remarkable testament to the political impact of weakening state and judicial institutions in Cape Verde. Even though Cape Verde has suffered a record economic contraction and broader socio-economic pressures induced by the pandemic, political support for the government has remained fairly strong and the administration’s policies are relatively well-considered. However, the survey data suggests that the government may have squandered its political support over the extradition case of Alex Saab.

PANGEA-RISK analyses the poll data and assesses the implications of the survey for Cape Verde’s outlook.

The survey suggests that most Cape Verdeans negatively perceive their Constitutional Court’s decision not to recognise the unconstitutionality of Alex Saab’s extradition. Moreover, most people in the country believe that the extensive delays to the extradition case were due to political pressures exerted on the courts, and even from external sources such as the US. Indeed, Cape Verdeans believe that a US offer to build a massive new embassy complex in their country, including promises of local investment and employment, has been aimed at influencing their government’s stance on the Saab extradition case. 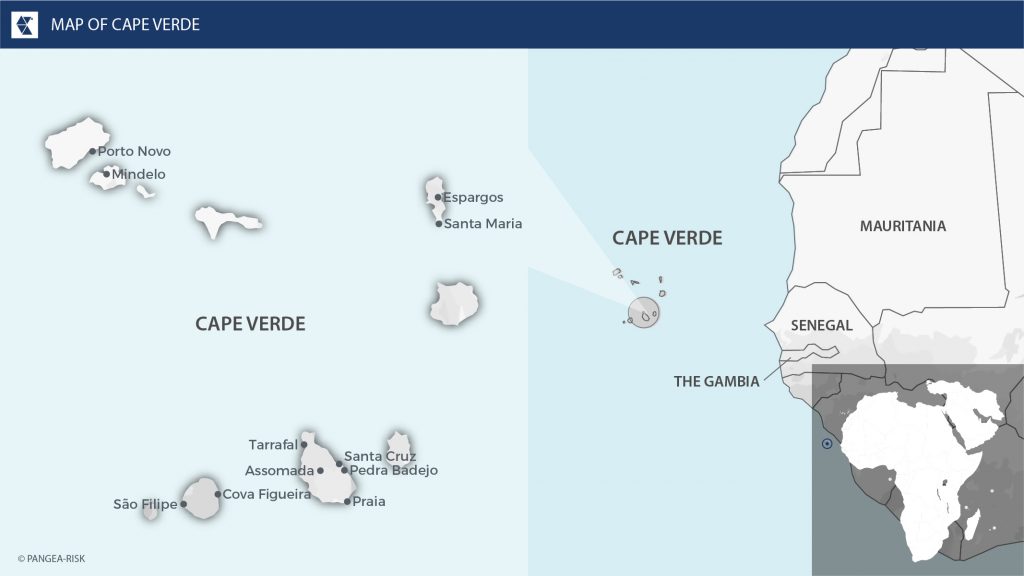 As a result, the integrity Cape Verde’s state institutions are increasingly being questioned by its citizens. The questions have revolved around the constitutionality of Saab’s extradition, the extensive delays to the case, the state president’s unwillingness to intervene to protect the constitution, and the vague reasoning behind Alex Saab’s transfer to the capital Praia after his arrest. Most Cape Verdeans believe that their judiciary, as well as to a lesser extent the government, carry ultimate responsibility for perceived infringements of Saab’s rights.

Importantly, Cape Verdeans think that the Saab extradition case, as well as other controversial legal cases such as the trial of lawmaker Amadeu Oliveira, will harm their country’s international and diplomatic relations with an impact on commerce, trade, and investment. Domestically, the Saab extradition case is also likely to leave a political legacy. Based on shifting voting intentions since the April 2021 legislative elections, the MpD government may face an electoral defeat in the upcoming October 2021 presidential election as the opposition PAICV party is gaining momentum and seeking to capitalise on widespread grievances and a perception of weakening state institutions under the incumbent government.

The findings of the Eduíno Santos survey support many of the forecasts published in the PANGEA-RISK special report on Cape Verde which found that the country’s political and judicial institutions were being eroded (see SPECIAL REPORT: HOW THE PANDEMIC HAS ERODED CAPE VERDE’S POLITICAL AND JUDICIAL INSTITUTIONS).

1) Which party did you vote for in the 2021 legislative election?

2) How do you consider the general performance of the current government?

3) What is your opinion of the Constitutional Court’s decision not to accept the appeal in the extradition of Alex Saab?

4) In your opinion, why was there a delay in the court’s decision in the extradition case?

5) Do you think that the government violated diplomatic immunity by arresting Alex Saab, as has been claimed?

6) Do you believe that the president showed political weakness by not enforcing Alex Saab’s diplomatic immunity?

7) What is your opinion of Alex Saab’s arrest and the conditions of his imprisonment?

8) Do you believe that a US offer of USD 400 million for embassy construction in Cape Verde was intended to influence the government’s decision on the extradition?

9) How do you think Jorge Carlos Fonseca will be considered in the future?

10) What is your opinion of the delay in the Barlavento Court of Appeal’s authorisation to transfer Alex Saab from Sal to Praia for better medical care?

11) If Alex Saab’s rights were infringed, who is to blame?

12) Do you think that the extradition case has harmed Cape Verde’s diplomatic relations with other countries?

13) Do you think that the extradition case will negatively impact tourism?

14) In your opinion, how do Cape Verdeans perceive the judiciary after the Alex Saab case?

15) In the case of Amadeu Oliveira, who do you believe is legally right?

16) Do you think that Amadeu Oliveira’s claims against the judiciary are valid?

17) What do you think about Amadeu Oliveira’s involvement in the escape of a prisoner accused of murder abroad?

18) Do you agree with the prosecutor’s arrest order for Amadeu Oliveira that was authorised by Parliament?

19) Do you think that Amadeu Oliveira’s mandate as a lawmaker should be withdrawn?

20) Do you intend to vote in the next presidential elections?

21) For which candidate do you intend to vote? 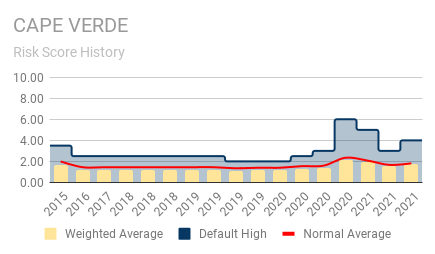 Cape Verde is undergoing its worst economic crisis in 45 years, which has had dire consequences on socio-economic and political stability. A sustained economic recovery is contingent largely on the resumption of global travel and tourism, as well as progress in domestic reforms and the return of capital inflows. To capitalise on the steady resumption of international travel, the government is likely to increasingly push for investments into the tourism sector in the coming year. However, in order for the tourism industry to resume to pre-pandemic levels, Cape Verde will have to attain some degree of herd immunity via vaccination. An economic recovery depends on the restoration of tourism numbers, diaspora remittances, manufacturing industry stimulus, and increased public infrastructure spending. Longer-term growth constraints centre on labour-market concerns and stabilising the public-sector investment drive, owing to rising public-sector debt obligations.

Drug trafficking has become a major concern, since Cape Verde is situated along a line of latitude nicknamed “Highway 10” which provides the shortest trafficking route between Latin America and Africa. For cartels using “Highway 10”, Cape Verde is an ideal stop for refuelling their ships, warehousing their products, and shipping them for their final destination, Europe. Criminal networks are known to threaten officials, for example, whilst gangs that operate across the archipelago have been involved in violent crime. Beyond being involved in violent crime, such gangs are known to launder money through numerous entities, from NGOs to real estate businesses, raising the risk of doing business in the country as well. Such a culture of fear threatens to dampen Cape Verde’s image as an ideal tourist destination after COVID-19 and has eroded its political and judicial institutions.