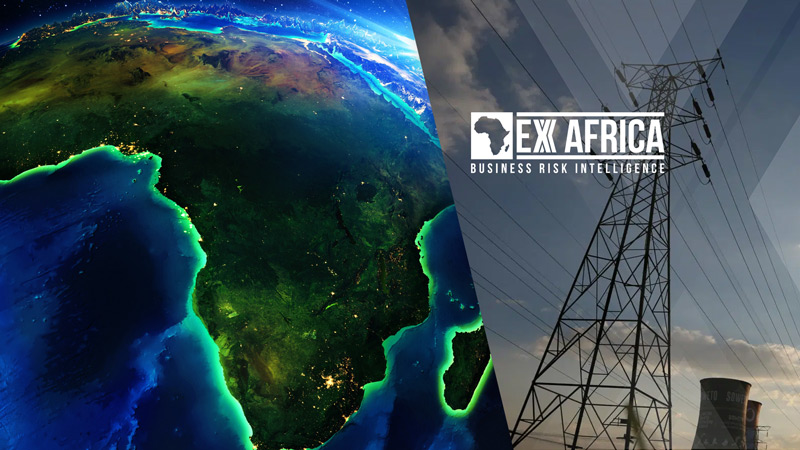 Africa has taken great strides in improving access to energy over the past decade where up to 44 percent of the population now has access to electricity, up from 39 percent in 2015. As the Africa Energy Indaba is held in Cape Town this week, we review which regions are likely to reach the 100 percent milestone by 2030 as per the UN Sustainable Development Goals and the challenges that remain.

In 2015, the UN set out a collection of broad-based and interdependent 17 global goals designed to help achieve a “better and more sustainable future for all” by a global deadline of 2030. Known collectively as the UN Sustainable Development Goals (SDGs), these goals focus on ways to eradicate poverty, improve education, realise gender equality, improve institutions, among others. 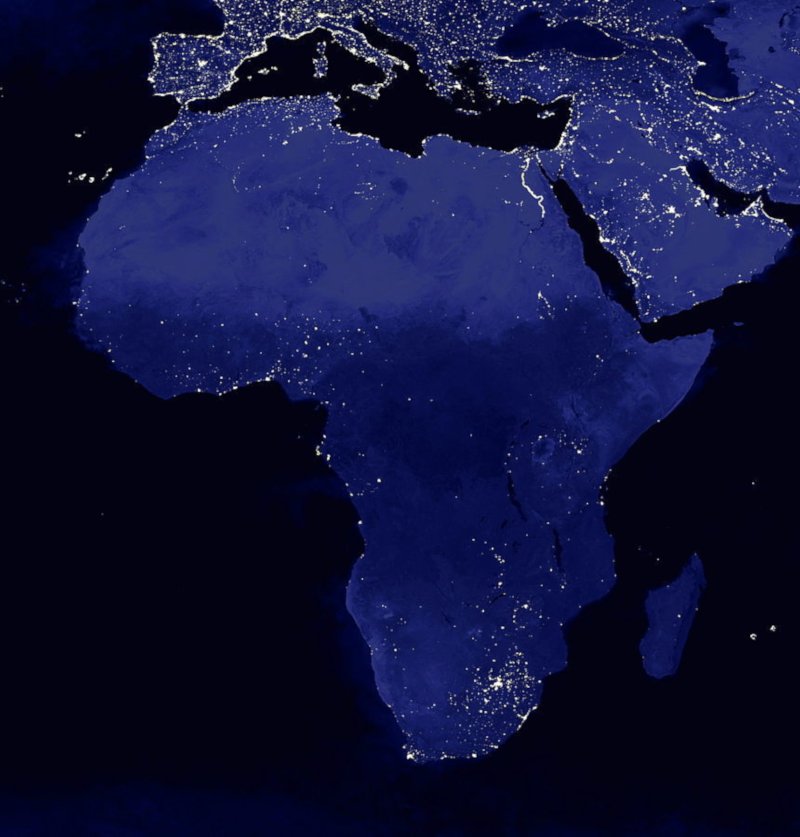 UN SDG 7 is focused on realising various energy goals by 2030. Specifically, it calls for ensuring universal access to affordable, reliable, and modern energy services, doubling the rate of improvement in energy efficiency, and increasing substantially the share of renewable energy in the global energy mix by 2030. The importance of UN SDG 7 was summed up by UN Secretary General, Ban Ki-moon when he noted: “Energy is the golden thread that connects economic growth, social equity, and environmental sustainability. With access to energy, people can study, go to university, get a job, start a business – and reach their full potential”.

In our latest analysis briefing, we examine Africa’s progress in realising UN SDG 7 – specifically access to energy through electrification – the winners and losers in this regard, and the outlook for the decade ahead. Ultimately despite significant progress to date, without a major step change by African governments, the majority of the continent will fail to meet this target, hindering the realisation of other UN SDGs. 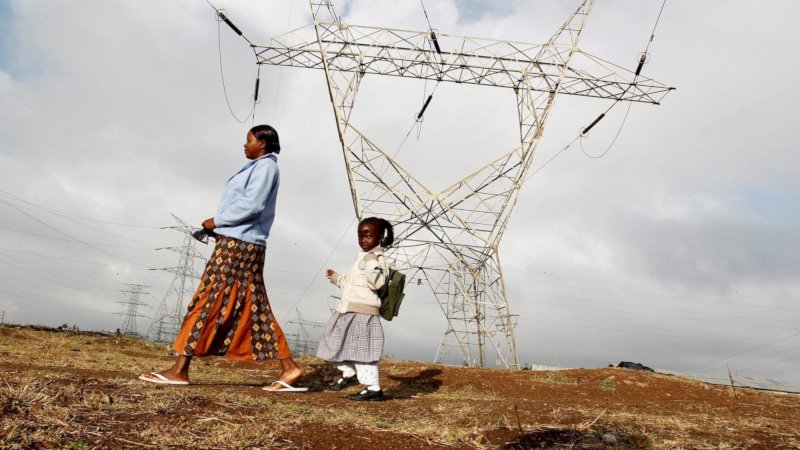 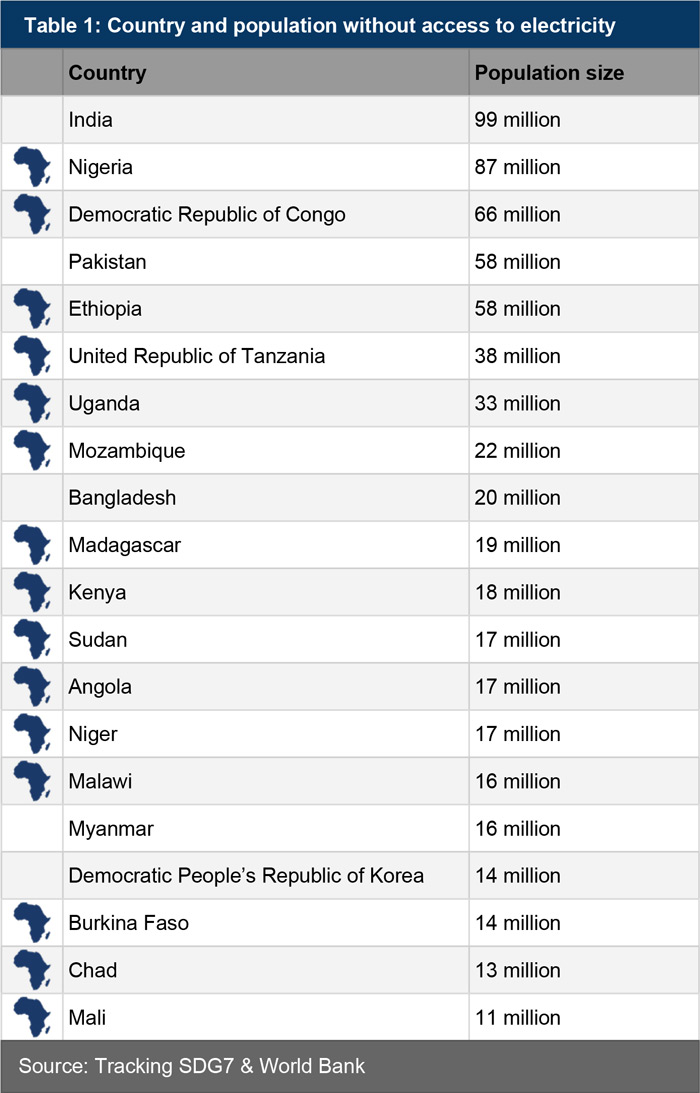 All global regions reported an acceleration in the growth in population with access to electricity between 2010 and 2017. In Sub-Saharan Africa, the electricity access gained by nearly 450 million people pushed up the regional access rate from 39 percent in 2015 to 44 percent in 2017 (the date for which the most reliable data is available). Moreover, in another worthy achievement, electrification efforts began to outstrip population growth across the continent in 2015.

However, despite this progress, challenges remain.

With a regional access rate of 44 percent, Sub-Saharan Africa’s access deficit is now the largest in the world – surpassing Latin America and Southeast Africa – where an estimated 573 million people are currently without access to electricity across the continent. A quick look at the top 20 access-deficit countries globally clearly demonstrates this dearth in Africa, as listed in Table 1.

Home to all the least electrified countries

In addition to having the largest populations without access to electricity, the continent is also burdened with all of the 20 least-electrified countries globally, as listed in Table 2. 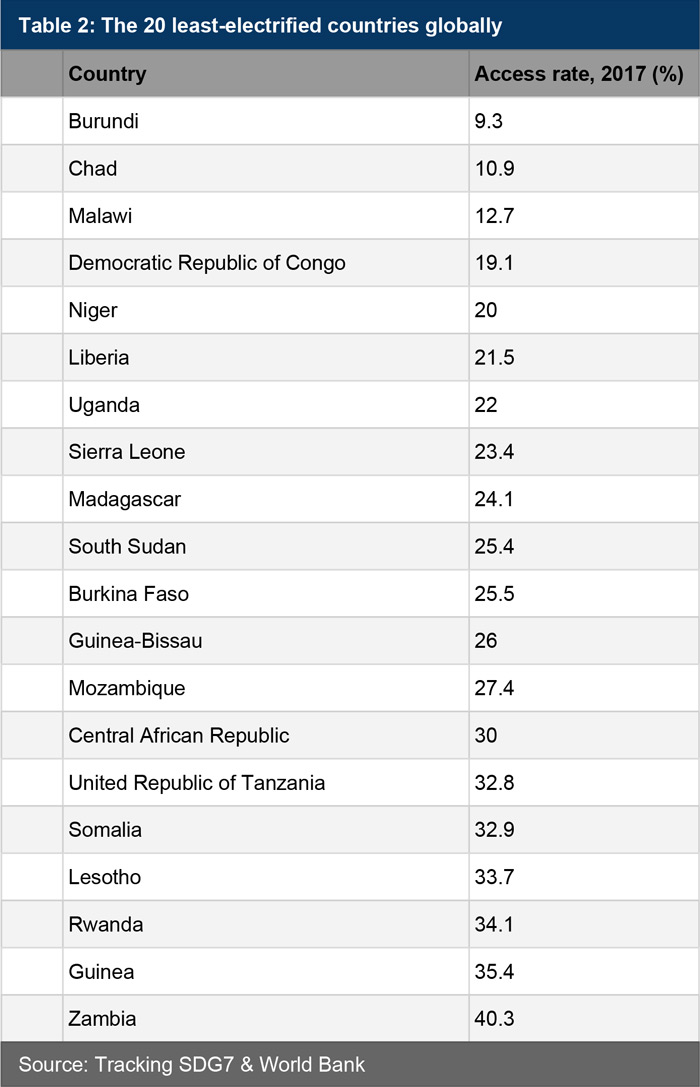 As indicated above, there is no clear trend in the countries with the least electrified rates as these countries are spread out across all regions (with the exception of North Africa) and constitute both land-locked and coastal states.

But also home to some of the fastest electrifying countries

Despite being home to the largest population with an energy-deficit and all of the 20 of the least electrified countries, these two data points fail to demonstrate the significant progress that has been and is being achieved across the continent – even in the countries facing the biggest challenges. 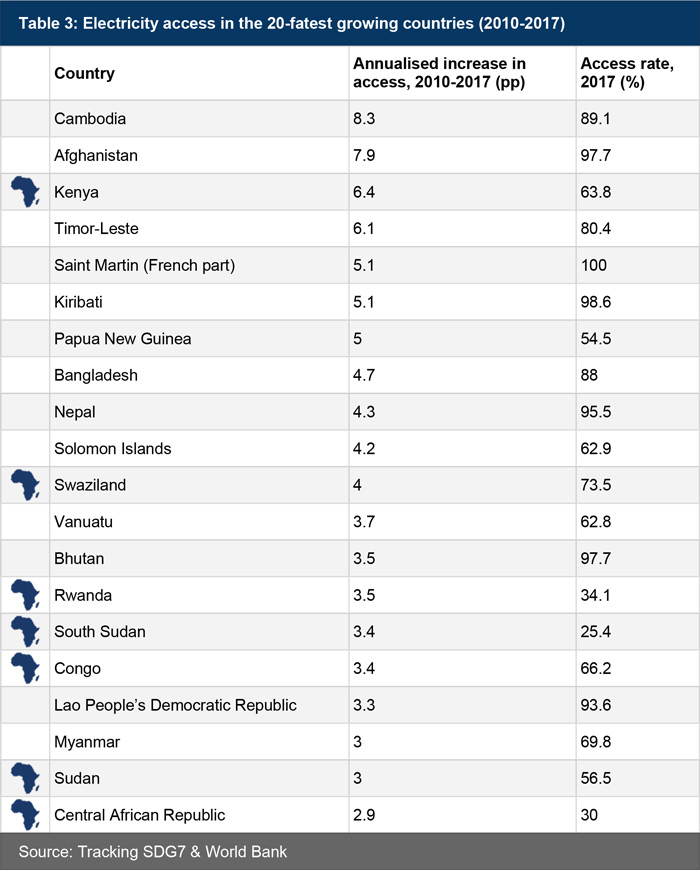 The above table further demonstrates that African countries have been able to achieve high annualised increases in access in both early and late stages of the electrification process. On one end of the spectrum, for example, Swaziland, with an access rate of 73.5 percent is still achieving a four percent annual increase whilst the Central African Republic, with an access rate of just 30 percent – and thus also within the 20 least electrified countries – is achieving an almost three percent annual increase in access. Such diversity speaks to ongoing opportunities for energy access in all African countries over the next decade.

While there has been significant progress at a global level to boosting energy access – with 89 percent of the global population enjoying access to electricity today – the current electrification rates are actually falling short of what is required to realise universal access by 2030. Based on the current trajectory, it is estimated that 92 percent of the global population will have access to electricity by the 2030 deadline, leaving some 650 million people without access. Most importantly for the continent, nine out of ten of these people will be based in sub Saharan Africa.

According to the Sustainable Development Goals Centre for Africa, the only African region on track to achieve the targeted electrification rate of 100 percent by 2030 is North Africa. All other regions are not on track although there is some indication that East Africa might realise this target under highly optimistic scenarios. Between 2015 and 2016, for example, there was a sudden increase in electrification in East Africa largely because of last-mile electrification projects in Kenya, Ethiopia, and Tanzania, targeting informal settlements and isolated rural communities. 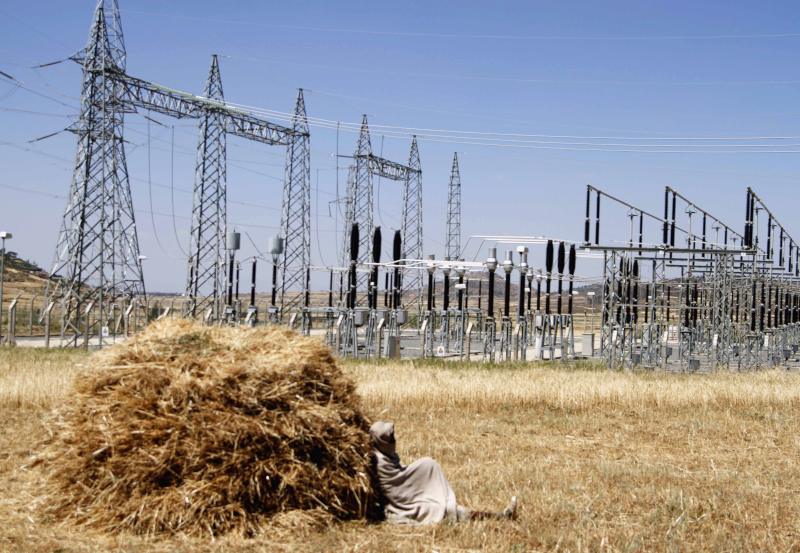 As a result of these efforts, Ethiopia’s electrification rate increased to 44 percent in 2017 compared with 29 percent in 2015, whilst Kenya’s increased to 70 percent from 36 percent over the same time period. Nevertheless, in general, all of sub-Saharan Africa – including southern and western Africa but particularly Central Africa – needs to rapidly accelerate power generation and distribution to achieve universal electrification by 2030 and indeed the other UN SDGs.

Over the next decade, electrification is actually expected to become much more difficult across the continent as many of the low hanging fruits have been captures. As witnessed in East Africa, efforts now need to shift to those that are hardest to reach – namely those living in remote areas, in marginalised (and rapidly growing) urban and slum communities, and the displaced – to realise 100 percent electrification by 2030.

To help bridge this gap, African countries must prioritise: